Tweet of the Week: Elon Musk Saves Thai Children, or Does He?

Our new feature looks at the most popular tweets from the business world. 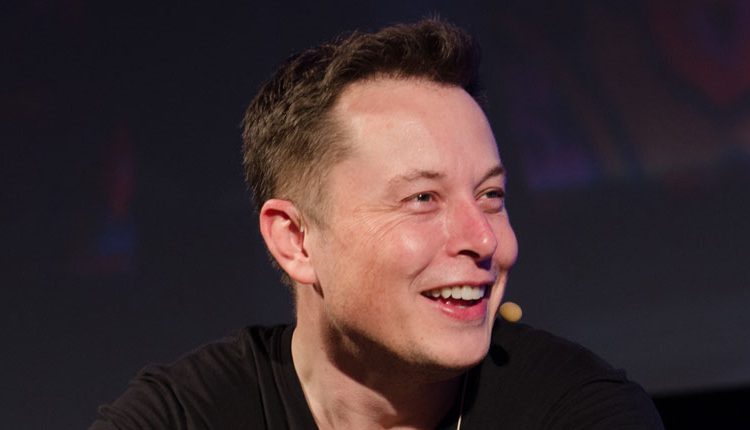 This week our Tweet of the Week has to be the controversial or inspiring (depending on which side of the fence you sit) tweet from Tesla and Space X CEO Elon Musk as he attempted to assist with the Thai Cave rescue operation by developing a mini-submarine to transport the trapped boys out of the cave.  He spent the week documenting the attempts by his engineers to get the rescue which culminated in the grand delivery of the submarine to the cave itself…

Just returned from Cave 3. Mini-sub is ready if needed. It is made of rocket parts & named Wild Boar after kids’ soccer team. Leaving here in case it may be useful in the future. Thailand is so beautiful. pic.twitter.com/EHNh8ydaTT

The tweet went beyond viral and has now become the source of much discussion with some heralding Musk as a real-life Iron Man character using his billions and tech wizardry to help humanity, whereas others consider this to be a calculated PR stunt and more than a little self-aggrandising.  We look at some of the best responses to the tweet and how social media reacted to Musk’s original tweet.

Originally Musk was sent a request to get involved by a relatively unknown user and as it picked up steam, Musk duly obliged…

I suspect that the Thai govt has this under control, but I’m happy to help if there is a way to do so

As the rescue mission was being co-ordinated by a series of international experts already at the cave site, Musk continued to update his 23 million followers of his endeavors…

And many were grateful of Musk’s help…

That's good news. Huge thanks to @elonmusk and all of the specialists worldwide who have assisted the Thai government with this rescue. Indeed, good things can happen when people (especially people worldwide) work together. #AwesomeHumans #Thailand https://t.co/X7BbQyQN69

You personally went to Thailand to deliver&test the emergency submarine pod your team crafted in order to help rescue the boys who are still trapped in the cave?!
& you're leavin the pod there for future use!
You go above&beyond time&time again!
You makes us all so very #proud!👍

It's crazy to hear that people think he's doing this for the attention, do you honestly think the man that sent a car to space needs attention?

Gosh, feel like you need to leverage every public situation for your own aggrandizement much? You do know there are hundreds of experts already working this across multiple counties, no? #narcissism

Elon Musk is making a big show of reaching for his wallet after the bill has been paid.

Capitalizing on a tragedy with a publicity stunt that in no way addresses the actual problem: the Elon Musk story https://t.co/BxZPbD9LUh

Elon Musk: “I have an ingenious plan to rescue the trapped boys”

When reports emerged that the Thai Rescue Operations Chief had knocked back the solution and deemed it “Not Practical”, Musk responded…

The former Thai provincial governor (described inaccurately as “rescue chief”) is not the subject matter expert. That would be Dick Stanton, who co-led the dive rescue team. This is our direct correspondence: pic.twitter.com/dmC9l3jiZR

Moreover, based on extensive cave video review & discussion with several divers who know journey, SpaceX engineering is absolutely certain that mini-sub can do entire journey & demonstrate at any time.

elon musk tweeting about the cool submarine he’s building to rescue the kids while people are actually going into the cave and rescuing the kids, surely the most elon musk thing to happen

Elon Musk didn’t save the Thai soccer team, but he will put them on a Tesla waitlist.

However on reflection, it seems some are judging Elon Musk in a more positive light, including New scientist, who were complimentary, suggesting that the negativity was over the top and that respect was due to the Tesla CEO…

Others have used Musk’s actions as a plea for help in other areas, such as the water crisis in Flint, Michigan…

Hey @elonmusk I heard a bunch of people saying there's NO WAY you could help get clean water to Flint, Michigan. Said you wouldn't be capable idk

And Musk has responded…

Please consider this a commitment that I will fund fixing the water in any house in Flint that has water contamination above FDA levels. No kidding.

And so the world is still left guessing as to whether Elon Musk is a benevolent, inspirational humanitarian and a real life Tony Stark or a brilliant but shameless marketing genius. But the one undisputable fact is that with a Tweet that has recorded over 300 thousand likes, Musk’s social media star this week has risen and the world is once more paying attention to him and his businesses.

You can read more about Elon Musk and whether he is a true genius or a master of illusion in our special feature on the Space X and Tesla CEO here: Elon Musk – Master of Illusion.