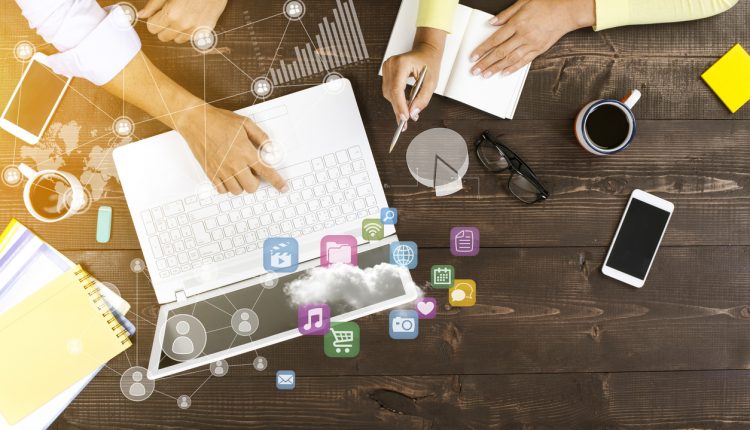 Tim Bodill, Enterprise Business Director at Jigsaw24, explores the need for employers to become more flexible in offering more choice when it comes to devices for accessing their systems and how empowering employees with the technology that provides the best working environment is key to cultivating happy and productive employees, as well as attracting and retaining new talent.

Today’s workforce enjoys a greater degree of mobility than that of any previous generation. Not only have around 800,000 people adopted flexible working practices within the last decade, 70 percent of employees say that a flexible working policy makes a job more attractive. To remain appealing to current and future employees, it’s becoming increasingly necessary for employers to provide their staff with the tools and technology they need to be able to work from wherever and whenever suits them.

Until recently, making decisions around the technology used within an organisation was the responsibility of its IT department. Traditionally HR had little to do with the decision-making process, working in isolation to IT. However, with an increasingly mobile workforce that is demanding the best technology available, this is changing. This is unsurprising when three quarters of workers claim that the ability to select their device of choice makes them more productive in the workplace. Indeed, due to recent advances in digitalisation and connectivity, many of us now go to work with better technology in our pockets than at our desks.

It’s perhaps also predictable, therefore, that with a rise in consumerisation, and with an expectation by the current generation of workers for their personal lives to simultaneously exist on their work computers, there has been a blurring of the boundaries between corporate and personal devices. BYOD is becoming COPE, or corporately owned, personally enabled. HR directors and employees are now having a much larger say in the choice of technology used in the workplace.

With this in mind, it’s now vital that CEOs and IT directors recognise this increasing demand from employees for devices that meet the needs of both their personal and work lives. Senior management who take the plunge and alter their technology strategy to meet this demand will no doubt be ahead of competition. Greater flexibility should become central to any employer’s technology offering, providing the current workforce with more options around the tools they need to do their jobs, as well as helping to attract new talent, including both Generation Y and ‘Gen Z’, who have grown up expecting a choice of technology.

Given a choice over which business device they’d prefer to use, three quarters of enterprise employees said that they would opt for iPhone and Macs. In fact, iOS is already the most popular platform for carrying out mobile activities in the workplace. This trend is set to continue, with over 75 percent of the next generation of workers claiming to own an iPhone.

The scale of Apple’s appeal speaks for itself. The tech giant sold more than 52 million iPhones around the world between January and March of 2018, contributing to a quarterly revenue of over $61 billion, and regularly appears at the top of lists of cool brands. While an element of ‘cool’ undoubtedly plays a part in the brand’s enduring popularity, it’s worth considering the veracity of its campaign slogan from a few years ago: ‘It Just Works’.

For many businesses, the appeal of ‘It Just Works’ is becoming too hard to ignore. When you consider the benefits Apple products can provide, this comes as no surprise. Apple’s Device Enrolment Programme, for example, makes its products easy to deploy and manage over the air. With auto-enrolment into MDM, organisations can achieve zero-touch deployment and self-service for their end users. Enterprise-grade security features mean they are secure by design, straight out of the box. What’s more, as well as offering access to Apple’s App Store containing more than 230,000 business apps, Apple products are compatible with applications that employees already use, such as Microsoft Office and Google’s G Suite.

Not only has Apple conquered the consumer world, it is on track to do the same for business.

Fundamentally, when employees are able to choose products with which they feel familiar, they’re happier, more engaged and are likely to carry out work faster and more efficiently.

Fortunately, there is a simple and cost-effective way for an organisation’s IT team to procure, deploy and support Apple products and offer employees the choice they now demand. It’s possible for a business to lease, finance, or purchase a device outright, which works right out of the box, fully loaded with all the corporate apps, security and management tools needed. A Mac purchased on a lease, for example, will deliver a significantly higher return on investment than on a similarly configured PC, due to the Mac’s considerable residual value.

To stay ahead in today’s competitive marketplace, it’s important to give employees access to the tools that work best for them. In return, businesses will see greater engagement and performance. Choice has never been more important, and for the majority of employees, that choice is Apple.