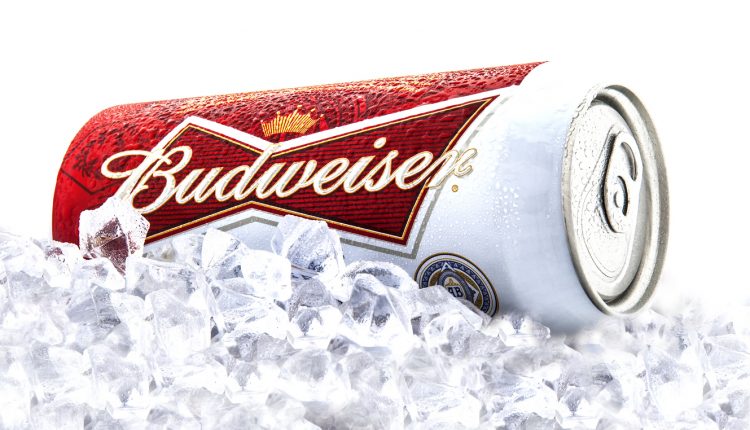 Being one of the world’s biggest sporting events, on a par with the Olympics, the FIFA World Cup invites 32 nations to compete across the globe. This in turn leads to a global viewership that is targeted for mass marketing by thousands of companies worldwide. Some with big pots of money jump in to officially sponsor the world cup, but even those who miss out on the sponsor ops often manage to make the most of the world cup football craze.

This year, in the midst of the Russia 2018 FIFA World Cup, Nike, though not an official sponsor of the tournament, managed a big win as the standout sportswear brand, given that it was the official sponsor of both finalist teams, France & Croatia. Nike also won the sports star battle with industry leader Adidas with claims over 100 goals were scored by players wearing their boots, from Harry Kane (England) to Kylian Mbappe (France), not to mention the projected sales increase driven from players like Christiano Ronaldo’s social media updates.

There were a number of other big winners however, as those who couldn’t sponsor on the pitch came up with ingenious ways to take advantage of the world cup marketing window. Although a lot of world cup marketing focused on Europe, in particular the UK, international brands did succeed in spreading football fever worldwide. Here are CEO Today’s top 10.

According to data from MediaCom North, Budweiser accumulated 55,000 mentions through Twitter via its hashtag #ManoftheMatch content. Although Budweiser was an official sponsor of the Russia 2018 FIFA World Cup, these were all online based engagements on top of the revenue generated through the sponsorship deal. The Budweiser comms team latched onto every match with Twitter live commentary and positive remarks on the best players on the green.

A round of applause for all #ManoftheMatch winners from this #WorldCup! Your amazing performances definitely helped #LightUpTheWorldCup! pic.twitter.com/efnuF2PomL

Through a dire time of management restructuring and shop closures, M&S made the most of the world cup this year. As many know, England’s team manager Gareth Southgate sported a now famous waistcoat every match. Where’s it from? M&S. The high street shop gave it a big push on social media and even dressed their popular sweet treat Percy Pig in the waistcoat for #WaistcoatWednesday. M&S claims demand for waistcoats its rose 35% during the competition.

We’re the proud official tailors to the @England team and are delighted they're through to the quarter-finals! Some have even said that a certain waistcoat has been bringing the team some extra luck, so we’re hailing Saturday #NationalWaistcoatDay #ItsComingHome #LuckyWaistCoat pic.twitter.com/1B47pId90t

The National Health Service has been strongly campaigning for its blood donor segment for years now. For this world cup it put all its efforts into an amazing ad sporting two of England’s top former goalkeepers. In this ad aimed at younger generations, football lovers and those with a ‘team’ ethic was the perfect way to the hearts (literally) of the world cup audience, as Peter Shilton and David Seaman appeal for brits to ‘Save England’ off the football pitch by donating blood.

Talking of donations, also jumping on the world cup bandwagon, Auto Trader publicized a campaign promising to giveaway a free car for every England goal. “We wanted to bring to life the excitement of a brand-new car as it’s such a unique feeling. The cynics may not be optimistic about England’s chances but we’re genuinely hopeful for lots of goals and therefore plenty of new car winners,” said audience and brand director at Auto Trader, Lei Sorvisto, at the start of the tournament. In partnership with popular social media page UNILAD, via the hashtag #AutoTraderGoals, the motoring company ended up giving away 12 brand new cars, one for each goal England scored in the competition.

Over 270K entries, 12 brand new cars given away, one emotional Financial Director and one giant semi-final screening. Thank you for making #AutoTraderGoals the place to be over the last few weeks. It’s been epic. pic.twitter.com/xybysGbzpT

As well as teaming up with Sky Sports on its diverse ‘Official Food of Everything’ campaign, for the world cup Domino’s opted to monopolise on the ‘staying at home’ part of watching football, by presenting its brand as the ‘The Official Food of not Going to International Football Tournaments’. The funny part is that for their spot ad, Domino’s used former England player Jimmy Bullard, a player known for never making it to the first team for an international match; the perfect fit for a campaign based around sitting it out at home.

Samsung made a great choice by bringing French football legend Thierry Henry in on this campaign, as of course France ended up lifting the trophy of this year’s FIFA World Cup. Promoting Samsung’s latest range of QLED televisions, the series of ads ran in conjunction with the world cup, pointing towards the best enjoyment of football on their screens. Samsung also rode the hashtag wave and came up with #WWTD (what would Thierry do?), and his response to follow being: “Do you need a big TV to watch football? No. But you want it…I know you do.”

Though also an official sponsor of the Russia 2018 FIFA World Cup, Coca-Cola made various perfect TV ads for the biggest football season of the year. The ‘Being Ready’ campaign features inspirational pep talks where Coca-Cola employees address the bottles in the assembly line and get them ready for the passion and emotions they will experience during the world cup. In some countries, the cans it produced in combination with this range of ads sported the numbers 0 to 9 so that football fans could share their score predictions via social media using the #CokeScoreChallenge hashtag.

One move that got a lot of people talking but never actually came to fruition was Lidl’s announcement that it would close all stores in the UK if England made it to the final complete with the use of some very clever photo marketing Just for the day of the final of course, not permanently.

As the *official* supermarket of the England Football team, let's make *this* announcement official… *when* our boys make it to the final this Sunday, it will be early doors across our English stores. #3pmClosing#ItsComingHome pic.twitter.com/k81iDwxRGt

On the back of this, Lidl also ran its ‘Dream Big’ campaign, merging its official backing of the England football team with its own football initiative ‘FA Lidl Skills’ which creates millions of opportunities for young children to play football across the country. This will undoubtedly have raised more awareness of Lidl’s day to day non-profit work with kids and benefitted its brand greatly.

Another international brand that made the world cup stage this year was Gatorade. Naturally gifted in associating itself with sports, Gatorade stepped it up by launching its biggest ever global campaign, featuring football stars from all over the world. Using the perfect injection of team play and rivalry, these ads pursue the notion of competition and glory when ‘Everything Changes’. Some of these are animated (like the one with Lionel Messi below) and some are real videos with the footballers themselves, all varying in style and delivery.

Lastly, Visa, one the world’s biggest payments companies, chose Swedish football legend, Zlatan Ibrahimovic, as the face of their world cup commercials and global marketing campaign for the Russia 2018 FIFA World Cup. As a result its quarterly operating and marketing costs grew 18% since the previous year, but the impact on audience engagement and perception of the brand will no doubt grow much more than that over the coming months, as a result of the exposure form these ads and the popularity of the world cup.

Taking it a step further, Visa also renamed and had Transport for London modify the sign Southgate tube station as Gareth Southgate, in light of England’s world cup journey this year. Can we add an image or tweet of this?

Next stop – Gareth Southgate! To celebrate the achievements of the @england men's football team this summer, TfL & @VisaUK have temporarily renamed Southgate station on the @piccadillyline. Why not come down and post a #SouthgateSelfie pic.twitter.com/n8tR70qitd

Paddy Power, an Irish bookmaker with a huge TV placement campaign, promised to giveaway £10,000 for every goal scored by the Russian football team in the world cup, to LGBT+ causes. The aim of course was to raise awareness of the country’s low standards when it comes to LGBT issues. As Russia made it to the quarter-finals, here are the results, which caused quite an uproar on social media and throughout the LGBT community.