Which Kardashian Sister Would Earn the Most in a Real Job? 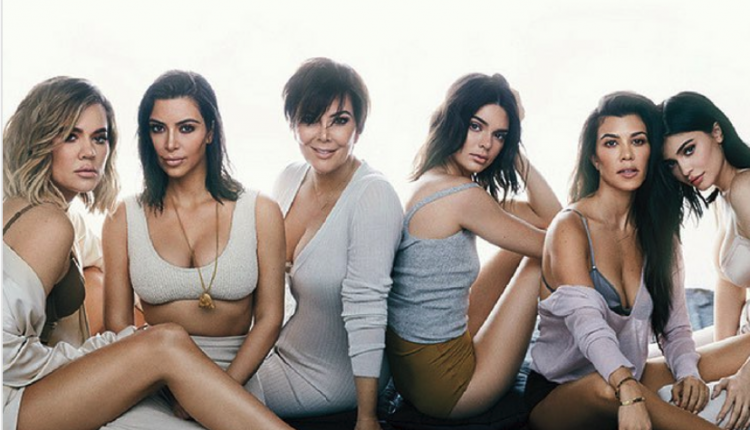 With almost as many followers as dollars in the bank, the Kardashian-Jenner clan would never have to work another day in their lives if they chose not to. Interested in their self-marketing success, social media experts at Reboot Digital Marketing wanted to find out just how much each superstar sister would be worth if they submitted their CVs into the current job market. Using the CV value tool on Adzuna, Reboot Digital Marketing created a CV for each sister, to find out the careers the Kardashian-Jenners could consider if their fame ended tomorrow.

Which Kardashian-Jenner’s CV is worth the most?

Using information released on the Kardashian women and half-sisters Kendall and Kylie, Reboot Digital Marketing fashioned CVs for the reality stars, including their educational background, work experience and any skills they have demonstrated. Inputting these CVs into Adzuna revealed that, without the fame and the fortune, these sisters would be earning the following (annually):

The online CV value tool also revealed the types of careers best suited to the reality stars, and what their main professional skills were.

Kourtney: The oldest Kardashian sister was the highest earner of them all at £45,066 (or $60,519) a year. This is perhaps due to her bachelor’s degree in Theatre and minor in Spanish. Research has shown that if you speak more than one language you could earn anything from 8 and 20 percent more in your job. Some of her main identified skills included an eye for interior design, public relations, marketing and nutrition. If Kourtney was to give it all up and apply for a job in today’s market, her skills would be a great match for a Marketing Manager (80% skills match), a Brand Manager (64%) or even an Interior Designer (57%).

Kim: Arguably the most famous Kardashian, Kim was predicted to annually earn £31,030 (or $41,670) by Reboot Digital Marketing. Her actual salary (she was predicted to have earned $4.5 For immediate release Reboot Digital Marketing million in the last year alone) is over one thousand times what she would be earning in the “real world”. Indeed, she would have to work for approximately 4,200 years in an “average” job to earn her predicted net worth of $175 million.

Her best career matches were said to be working as a Social Media Specialist (this should come as no surprise as her selfie skills meant she was a 79% match for this profession), even more of a match was a job as a clothing store manager (84% compatible). This is probably due to Kim’s experience in her own fashion boutique store D-A-S-H, as well as working on her own eBay store, where she would buy and sell clothes for a profit. She could also consider a job as a personal shopper (84% compatible) or photographer (65%). Her identifiable skills were listed as: sales, social media, retail and organisation.

Kylie: In reality, Kylie is the second-highest earner out of her sisters after Kim, with a predicted net worth of $50 million. Yet according to her professional experience and skillset, she would appear third on the list if it wasn’t for the fame. Her CV would get her around £29,125 annually (or $39,110). With skills like brand management as CEO of her own Kylie Cosmetics brand, to teamwork from working alongside her sister Kendall releasing clothing lines together. Some possible career paths for the youngest Kardashian-Jenner include Business Development Executive (66% compatible), Creative Director (52%) and Social Media Specialist (76%) – All those hours on Snapchat have clearly paid off!

Khloe: The third Kardashian sister currently earns her living from being an executive producer on reality show Keeping Up with the Kardashians, as well as appearing as a host on Kocktails with Khloe, and not forgetting her Good American clothing line. But her $40 million net worth is worlds away from the salary predicted for her based on her professional skills, which stands at £27,925 (or $37,499). Her top skills were identified as: communication, assertiveness, content creation and marketing. These skills probably come from her experience writing her own book (Strong Looks Better Naked), as well as writing blog posts and content for her own app. Indeed, Khloe has already stated her passion for writing in interviews, saying that ‘I really loved to write, so English class was my favorite [at school]’. The youngest Kardashian would therefore be happy to hear that some of her most compatible careers include being a Writer (71% skills match), Advertising Copywriter (66%) and Editor (64%).

Kendall: The family’s only supermodel member, Kendall Jenner would approximately be offered a job at £25,903 (or $35,784) per annum if she were to hand in her CV today. Skills that were identified from her CV include: modelling, working with luxury brands and social media (a skill that every Kardashian-Jenner is proficient in!). These sorts of skills would make her perfect as a Fashion model (57% compatible- luckily for her!), an actress (62% match) or even a photographer (79%). The last possible career choice may well be something in Kendall’s future, as she has already shown an interest in the art by shooting and modelling her own jewellery campaign for Ippolita.