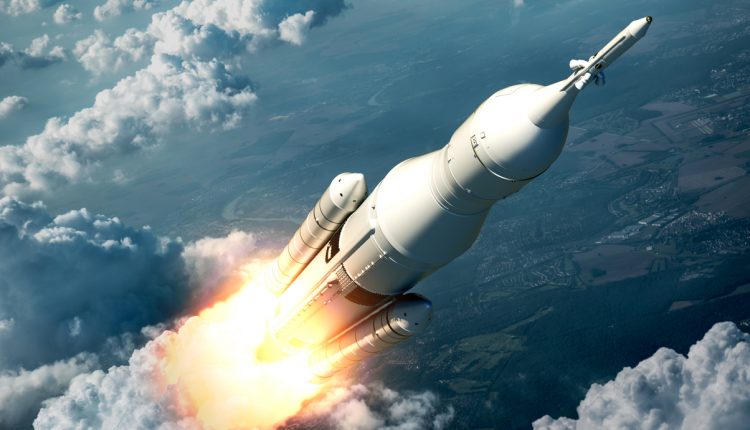 First Mars, now the moon—Elon Musk isn’t the only one vying for space travel and the eventual colonisation of other planets in our galaxy. With Richard Branson also joining the fray, who will be the first? Is it possible, and what planet will we find ourselves inhabiting next?

Elon Musk has been public regarding all of his ideas and plans to colonise Mars for years. It’s no secret that one of Musk’s most prominent concerns is the future of humanity, the potential for extinction, and taking every precaution to ensure that such a fate is prevented. Electric cars are becoming far more commonplace, in no small part due to Musk and Tesla’s work, in order to pave the way for cleaner transportation and kindness to our ever-important environment. If Earth were to become uninhabitable, where would we go? SpaceX CEO Elon Musk’s answer: Mars. First, though, we need to get there, and he is determined to either send or perhaps be the first man on Mars. But will he?

“The challenge is to get humanity out of low-Earth orbit and out into deep space,” explained Thomas Zurbuchen, NASA’s Associate Administrator for science missions during a panel discussion at the Humans to Mars Summit in Washington. There, a Space Executive at Boeing Co., Peter McGrath, expressed the necessity for a target date and whether now or later would be the goal. Boeing Co. is a manufacturer of airplanes, rockets and satellites; it’s also a competitive rival to SpaceX, at least as far as CEO Dennis Muilenberg is concerned. Muilenberg recently expressed that Boeing would beat SpaceX as the first company to get to Mars, saying: “I firmly believe that the first person to step foot on Mars will get there on a Boeing rocket.” To this, Musk tweeted simply: “Do it.” Muilenberg went on to explain that “it’s a rivalry, it’s competitive. But in some places, we work together. We launch satellites today on SpaceX rockets.”

The race to Mars is sure to be a fierce one; but then comes Amazon CEO Jeff Bezos and his side company Blue Origin, an aerospace manufacturer and spaceflight services company that is determined to go back to the moon and, this time, for good. Explaining his reasoning, Bezos said: “In the not-too-distant future—I’m talking decades, maybe 100 years, it’ll start to be easier to do a lot of the things that we currently do on Earth in space, because we’ll have so much energy.” He continued: “We will have to leave this planet. We’re going to leave it, and it’s going to make this planet better.”

Blue Origin, funded personally with Bezos’ billions (nearly $1 billion a year), aims to provide a new resource for a lunar manufacturing base, meaning that the moon’s unique environment can be used to the benefit of humanity and prevent any form of stagnation and halt of growth. Involved in this plan is for Earth to become a ‘residential and light industrial’ zone, allowing people to come and go as they please, while the moon becomes a centre for heavy industry and a solar-powered colony. “This is not something that we may choose to do,” he said, “this is something we must do.” While still in its speculative stage, Bezos has shown real determination to see this idea become a reality, regardless of Government sourced financial support. Criticising Bezos’ vision, Economist Adam Ozimek highlighted the need for Earth’s ongoing sustainability and suggested that “if overpopulation and resource constraints are a binding problem for future generations, then focus on policies and research on things that make housing cheaper, energy cleaner, protect natural resources and encourage density. Forget about the moon!”

Richard Branson also has his eyes set on space travel, with plans to blast himself to space ‘within months’. Virgin Galactic, a spaceflight company within the Virgin Group that Branson founded, performed a second rocket launch which reached nearly halfway to space, and was performed just 54 days after the first launch with their Unity spacecraft. “It will be something like two or three more flights before we’re actually in space,” Branson said, calling the test flight a “tremendous step in the right direction toward accomplishing our goals.”

Branson and Bezos are in tough competition to have the first company that launches tourists to space. “I think we’re both neck and neck as to who will put people into space first. Ultimately, we have to do it safely. It’s more a race with ourselves to make sure we have the craft that are safe to put people up there,” Branson explained regarding Bezos and their rivalry.

Branson also shares Bezos and Musk’s concern for the environment, notably ensuring that Virgin Galactic doesn’t cause any undue harm to the Earth or its atmosphere in the process of the work it completes, no matter how monumental and revolutionary those achievements are. Explaining this task to make the company completely environmentally neutral, he said: “Therefore people can go to space without damaging the environment and really enjoy the wonderful overview that has meant so much to the people who have already been to space.”

Mars, the moon, what will it be? Who will be the one to bring us there? While equally matched in their resources and with no lack of ambition, it’s anybody’s game: Musk, Bezos and Branson have the resources, determination and reputation to get the job done, and sooner than we might think. At least it’s certain that we’re making great headway towards safe space travel, and we might be seeing that reality in the years to come. Grab your space suit—we’re in for the ride of a lifetime!