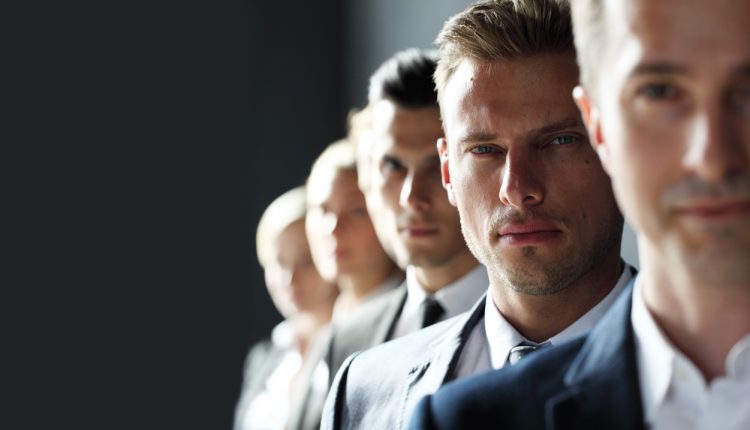 How far do you plan ahead when it comes to your eventual departure? Were you to hand down the torch of leadership, who should be the one to take it? There are enumerable things to consider when it comes to choosing a successor: skill, fit, and trustworthiness to name a few—and with so much to address, you need the time to consider your options carefully. How long is the right amount of time to stew over the right decision, or what could be a big mistake?

Even if everything is on track and running smoothly, it’s always good practice and in both yours and the company’s best interest to plan ahead and prepare for the unforeseeable. Even if it seems too far off to matter, it will inevitably, and reaching the point of departure without a successor in place is not a position that you want to be in.

Why not build a strategy as early as possible?

According to the Harvard Business Review (HBR), succession planning takes years rather than months to complete effectively—this isn’t something you’d want to rush. Included in this is the estimate that about 10% to 15% of corporations appoint a new CEO each year. These proceedings must be handled carefully, and well in advance of the due date.

Where should a successor come from?

The trend of hiring externally has increased in recent years, as around 20% to 30% of boards replace outgoing CEOs with external hires as of 2013 according to HBR, up from 8% to 10% in the 1970s and 80s. This can cause its own problems, as an external hire has the potential to come with a conflicting work ethic and principles compared to the company’s—whereas, an appointment from an internal employee ensures that the successor will already be familiar with the company’s dealings and values, and will already be trained as such with their standards in mind. Technically speaking, a successor can come from anywhere, however it is important in the process to address which method fits the bill. If there are employees within the company that demonstrate real promise as an integral part asset and budding leader in the making, it shouldn’t be left as an afterthought to train them and promote growth as a potential CEO in mind. This isn’t limited to just one—anyone proving themselves to be a hardworking, driven individual with loyalty to the brand is worth investing in.

With this in mind, the only thing nearly as bad as not having a successor to take your place is enlisting someone ill-fitted for the role, be it from lack of relevant background, wrong line of expertise or inadequacy in handling all the responsibilities a CEO is expected to undertake. While not having a new CEO ready at all can prolong the procedure unnecessarily, distracting from more urgent matters and, in some cases, protracting the time that an ineffectual leader is in place without replacement for someone better suited, the wasted assets from a mismanaged appointment has the capacity to be self-destructive and ultimately regrettable. It’s the responsibility of the board in any company to ensure that a succession plan is structured before it’s too late, and as explained by Russell Reynold’s A Practical Guide to CEO Succession Planning, there are 3 additional benefits to this: providing a framework for Senior Executive development, allowing the CEO to adjust their role in light of changing business decisions, and strengthening the relationship between the board and Senior Management.

A perfect example of giving ample time to a succession plan is that of the late Business Executive and Politician, Serge Dassault. Charles Edelstenne was appointed as the successor to Dassault in 2014, after Dassault had previously considered whether his children were ‘competent enough’ to take on the role. At the point of his appointment, Edelstenne had a 6.1% stake in the company—Dassault Group—making him a billionaire. This appointment came as an internal choice, as Edelstenne previously served as the company’s CEO and as the Chairman of Dassault Systèmes. In this case, Dassault Group made a pre-emptive decision 4 years prior to the necessity of its implementation, and Dassault himself put sufficient thought into who would be adequate enough to fill his shoes.

Then you have Bezos, Zuckerberg and Buffet, all featured in our Top 50 CEOs list: similarly to Dessault, Amazon CEO Jeff Bezos revealed back in 2014 that there was a succession plan in place for his eventual replacement, however he described such a plan as a “secret” that he has firmly kept to himself in the years that followed. A successor has yet to be named, but it’s certain that Bezos is taking serious consideration into the process and will take no less than the best as his replacement.

As another internal example, the successor chosen for Mark Zuckerberg, Chris Cox, was appointed amid a leadership restructure in the fallout of Facebook’s security woes. Cox previously served as Facebook’s Head of Resources, and is a close friend of Zuckerberg—were anything to happen to the youthful CEO, Cox would take his place and responsibility over Facebook’s collection of apps, including Instagram, WhatsApp, and Messenger.

Warren Buffet, CEO of Berkshire Hathaway, has been mulling over his potential successor more closely this year. The 87-year-old is the 3rd richest man in the world, and has big shoes to be filled at the helm of the multinational holding company. While nothing has been outright revealed, many are taking the opportunity to theorise what Buffett is plotting, as he carefully drops clues including the promotion of Gregory Abel and Ajit Jain as Vice Chairs to the Berkshire Hathaway board. During this process, Buffett explained that this was “part of a part of a movement to succession over time”. Abel and Jain joined Berkshire Hathaway in 1992 and 1986 respectively, and as such have valuable experience and history within the company to deserve such a promotion—though whether either are in the running to take Buffett’s place is anybody’s guess as it currently stands. Additionally, regarding the traits he is looking for in a successor, Buffet spoke at the Berkshire Hathaway 2017 Annual Shareholders Meeting of how they should not be in it for the money and, separately, that they should be young enough to run the company for at least 10 years. While details of the succession plan are a mystery to the outside eye, at least it’s known that there is one, and Buffett knows both what he’s doing and what he wants out of his future successor.

Then you have Robert Iger, CEO of the Walt Disney Company. In 2015, Thomas Staggs was named Chief Operating Officer of Disney, having served as Chairman of the company’s parks and resorts since 2010, and prior to that, as Senior Vice President of strategic planning and development having joined in 1990. The year of his promotion, it was speculated that Staggs would serve as an heir to Iger’s position, and news flooded of this apparent succession choice. However, a year later on April 4th of 2016, Disney and Staggs mutually parted ways effective May 6th, and he served as Special Advisor to the CEO until the end of the fiscal year. It was inevitably revealed that Staggs did not receive assurances by the board as they had decided to widen the search for a successor, opting to consider other candidates which, while a good decision, has left Disney seemingly without a solid succession plan to this day. WPP has similarly been left hiring a recruitment firm to find a successor for Martin Sorrell, after his abrupt departure and apparent lack of anticipatory planning beforehand. While Iger and Disney have time to decide, WPP’s time has unexpectedly run out.

A good succession plan is thorough, patient and starts as early as possible. It should always be considered an important deliberation no matter the timeframe; a is the importance of who to consider and why, and valuating the experience and level of skill required to maintain the quality of leadership throughout the replacement process. Done right, it should not have a lasting impact on standards and will keep in tune with the company’s overall ideas and levels of expertise. No successor means no business, so it’s better to plan ahead than find yourself with no leader to speak of and a company left in the lurch. It’s clear: a well-handled CEO succession leads to success.