From Zero to CEO: Can Anyone Do it? 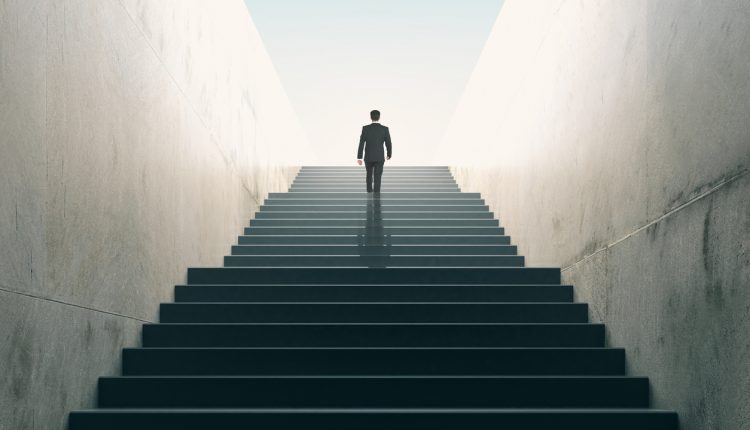 Success has many origins. The most impressive and worthy of note is the case of success in the face of adversity—wherein humble beginnings are tough and warrant hard work and labour to reach great heights and make a name for oneself in today’s bustling and competitive market. A CEO can come from anywhere, but can anyone be a CEO?

No matter the circumstances, there are ways to rise to the top through sheer force of will and determination, both of which are vital to the survival of the career. The ability to get up when knocked down, follow through despite setbacks, learn and adapt from mistakes and demonstrate an aptitude for leadership will go far. It speaks volumes about the individual and the work ethic that they live by—something that won’t go unnoticed by those around them, granting them the ability to rise through the ranks and develop their sense of self further. Progress may take time, but every step is a step closer to the end goal: such is the key of success.

For many, the problem lies in where to start. A proven method to give a head start in the world of business comes in the form of apprenticeships: a mixture of practical experience and targeted learning rolled into one, with the promise of a substantially boosted CV and job prospects after its completion. A great number of big names you might not expect started out as apprentices, such as renowned actor Sir Ian McKellen, Sir Terry Matthews who now serves as the Chairman of Mitel, and celebrity Chef Jamie Oliver.

A perfect example of this lies with Andy Palmer, CEO of Aston Martin, luxury car manufacturer. After leaving school at the age of 16, Palmer started his career from step one as a Technical Apprentice for UK Automotive Products Limited. At 22, having since completed his apprenticeship, he achieved his first managerial role in a company; compared to those around him vying for a similar position, he had what they lacked: relevant, practical experience, and 6 years’ worth of it to boot. From there, he went from Deputy Managing Director to Executive Vice-President of Nissan, then took on the role as CEO of Aston Martin in 2014. Palmer owes his success to his apprenticeship—something that was a better fit for him personally, rather than taking the University route, and that allowed him to flourish from the ground up.

Mark Horsley is a similar example. Starting out as an Apprentice Cable Jointer, Horsley now serves as the Chief Executive of Northern Gas Networks (NGN). At the end of this 4-year experience, Horsley took on the role of electrical craftsman, followed by enhanced craftsman and then construction engineer—eventually landing the role of senior engineer within the same company, with responsibility for 150 people. From there, he took on his first CEO position in 2003 at CE Electric, and in 2011, was offered the position of CEO at Northern Gas Networks.

Additionally, apprenticeships don’t just benefit the apprentice—an employer has a lot to gain from hiring their own apprentices to train. An apprenticeship provides an employee with honed skills that are improved on the job, with the addition of being more motivated and loyal to the employer that trains them: 65% of apprentices remained with their employer in the UK in 2017, and 84% of employers were happy with their apprenticeship programme. It can also help by adding fresh minds to the business, helping to revitalise the company and potentially free up the time of veteran employees for more streamlined workflow.

The end of school, when finished prematurely, doesn’t mean the end of possibilities as one might think—an entrepreneur can start at any time, from anywhere, given they have the drive and hunger for success to make it work. Once again, there are plenty of names you might hear—sometimes on a day-to-day basis—that you might never have known was a college dropout that still achieved the greatness they are renowned for today.

Bill Gates, Founder of Microsoft and ever-prominent figure in the world of technology and computing, dropped out of Harvard University in 1975. This decision was made in order to form “Micro-Soft” together with fellow programmer Paul Allen, who himself dropped out from Washington State University a year prior. Today, Bill Gates has a net worth of around $92 billion; Paul Allen has around $20 billion and serves as Founder of Vulcan Inc.; and both have seen immeasurable success with Microsoft’s eminence in today’s market.

Larry Ellison, Co-founder and former CEO of Oracle Inc., dropped out from University of Illinois at Urbana–Champaign after 2 years, then stayed at University of Chicago for one term. From there, he started working at Ampex Corporation, which he named Oracle and included projects such as databases for the CIA. In 1977, he founded Software Development Laboratories, which was renamed Relational Software Inc. two years later, and officially became Oracle Systems Corporation in 1982. Despite the rocky start, Ellison worked thoroughly to reach his status today, with a net worth of around $56 billion and having been named an Award Recipient in the High Technology Category for the EY Entrepreneur of the Year Program in his early years at Oracle.

The trend continues. Steve Jobs, Michael Dell, Ralph Lauren and Richard Branson all have this in common: they all either dropped out from their respective Universities or failed to complete high school, yet worked their way to fame and wealth through a mix of hard work and ingenuity, bringing fresh ideas to a market that was (and remains) hungry for innovation. Jobs dropped from Reed College in Portland, Oregon, after one term; Dell started his career at just 15, earning $18,000 by selling subscriptions of Houston Post and later dropped from college to start Dell Computer Corporation; Lauren dropped from Baruch College and worked his way up from a salesman with Brooks Brothers to the Founder of his own multibillion-dollar enterprise; and Branson, living with dyslexia, did not finish high school and began work at 16 when he both published and distributed his magazine called Student. In 1972, Branson opened a chain of record stores, which would later be known as Virgin Megastores, leading to the addition of Virgin Airways and the Virgin Records music label as his business expanded.

In all of these cases, despite a hampered and unconventional start, the road to success remained open to those willing to take it. These, and many others out there, prove that there isn’t just one way to reach the top; an amalgamation of valuable skills and techniques culminates in the achievement of long-term goals and inevitable victory, hallmarked by the overall sticktoitiveness and dedication these cases possess. No mistake or failure is so big that progress is brought to a complete standstill, and, in fact, learning from these instances is an important factor in development. A successful career can begin anywhere, by anyone: it just depends entirely on the individual and the risks they’re prepared to take along the way.