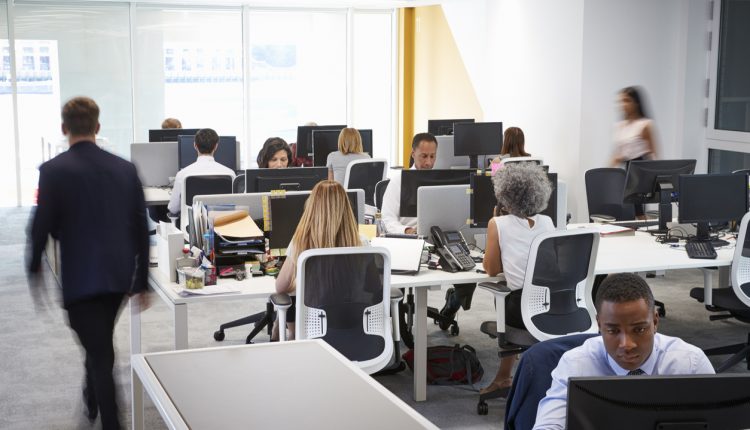 Employees subconsciously act and dress differently in modern open-plan office environments, according to a new study published in the journal Gender, Work and Organization.

Research carried out by Anglia Ruskin University and the University of Bedfordshire over the course of three years analysed the behaviour of around 1,000 employees at a UK local authority that moved from six separate departmental buildings into a new shared office building.

The design of the building made extensive use of glass and incorporated large, open-plan offices and collective spaces, aiming to erode hierarchical and departmental boundaries and promote networking.

Interviews with workers found numerous examples of people, particularly women, changing their behaviour and dress as a result of working in an environment of constant visibility. Some people remarked they felt exposed in certain situations, for example if they had some bad news and felt emotional.

There were also perceptions made about fellow employees on the basis of their clothes. Analysis revealed that more senior members of staff were identified by their smart clothing and assertive gait. Assumptions were also made based on where they were seen – senior staff tended to cover more ground than more lowly employees who tended to stay within their own section of the office.

Lead author Dr Alison Hirst, of Anglia Ruskin University, said: “When changing from a more closed, compartmentalised office space to a new open-plan, transparent and fluid working space, office workers were more conscious of their visibility and often found this unsettling rather than liberating.

“Women in particularly felt anxious about the idea of being constantly watched, and felt they had to dress in a certain way. However, there was also evidence that workers felt more equal as everybody was more approachable in an open space. It was also seen by some as a chance to dress more smartly and fulfil a new identity.”