Are All CEOs Replaceable? 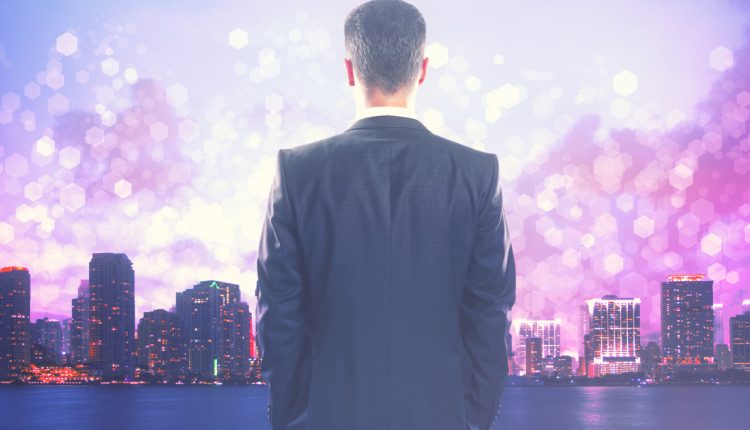 A CEO lies at the heart of any business. They lead, they inspire, and they are responsible for the some of the big and often lifechanging decisions that frequently go unseen behind the company to keep it running smoothly and efficiently. There are numerous big-name CEOs in this world that are almost impossible not to hear about—Sorrell, Zuckerberg and Jobs to name a few—but were it to come to it, could they be easily replaced?

A CEO can seem like an embodiment of the company at times. When you think of Bezos, you immediately think of Amazon. For Musk – it’s Tesla or SpaceX, for Martin Sorrell and Zuckerberg – you’re instantly going to think of WPP and Facebook respectively. Without the head of the company in place, the business may not seem like it has a face or real-life presence, and it loads an inordinate amount of importance onto their shoulders. Does the CEO make the company? Would the company inevitably crumble without its leader in place? And, if required, can a replacement fill the shoes of the original?

Take Martin Sorrell for example. Sorrell has a staggering history at WPP plc, previously known as Wire and Plastic Products plc, spanning a full 33 years. It began in 1985 when he purchased a majority stake at 30%, costing him $676,000, and by 1987, he became the company’s CEO. Between then and now, Sorrell is the longest running Chief Executive of any company in the FTSE 100 and built WPP up from the ground to become one of the “Big Four” agency companies among Interpublic Group of Companies, Publicis and Omnicom; a true testament to the colossal influence he’s had during his time there. Were it not for Sorrell, it’s possible that WPP wouldn’t be the company we see today, if it still existed at all.

In the end, it came down to allegations of personal misconduct and misuse of company assets—both of which Sorrell rejects as being untrue—that led to his resignation in April 2018. The allegation preceded an internal probe at WPP, and his resignation triggered a 6.5% drop in the company’s shares. He announced his departure in a letter, which read: “As I look ahead, I see that the current disruption we are experiencing is simply putting too much unnecessary pressure on the business.” It continued: “That is why I have decided that in your interest, in the interest of our clients, in the interest of all shareowners, both big and small, and in the interest of all our other stakeholders, it is best for me to step aside.”

Roberto Quarta, Chairman of WPP, become Executive Chairman as part of Martin Sorrell’s resignation until a new Chief Executive Officer can be found. Analysts have theorised that Sorrell won’t be outright replaced, but rather, the company will be broken up and sold off to maximise value: “We think there is a significant possibility that WPP will now sell its Data Investment i.e. Market Research unit, and possibly PR, but that the rest of the group will be kept. This should drive a closing of the gap between the valuations and performance of WPP and the other agencies,” said analysts at Liberum.

Still, it’s been reported that Mark Read, CEO of global digital agency Wunderman and Andrew Scott, Chief Operating Officer at WPP Europe are vying for the position. Read has over 12 years of experience as the head of WPP digital and is credited to being a driving force behind the success of Wunderman, and Scott has 14 years’ worth of experience as an executive at WPP, currently serving as its Chief Operating Officer for WPP Europe. Oath CEO Tim Armstrong is also being considered for the role among others; WPP will have to choose carefully when it comes to filling Sorrell’s shoes.

It is yet to be known what exactly will happen to WPP and its over 400 companies covering 112 countries, but it’s clear that Sorrell’s absence leaves a gaping hole in its wake, leaving the future of its success shrouded in ambiguity. Credit rating agency Moody’s has already downgraded WPP’s outlook from “stable” to “negative” in light of this news—could things get worse?

Zuckerberg, on the other hand, is a slightly different story. Unless you’re allergic to current events or avoid the internet like the plague, you’re going to know about Facebook: the website he founded in his dorm room at Harvard University. Facebook has seen a massive boom since its foundation, starting as a remedial website called Facemash in 2003, which became TheFacebook in 2004 and amassed a total of 2.2 billion active users by early 2017. Facebook itself has become a staple in billions of users’ lives, giving them the ability to connect and share pictures, updates and news with friends and family (or meet strangers, if the case presents itself). The company is often compared favourably against MySpace, what could be described as its predecessor in terms of service. However, while MySpace failed to maintain relevance and became nothing more than a faint memory for many, Facebook sours with success by adapting itself to global and digital changes, making the most of the world’s advancements and just generally keeping up with the times.

While there have been some setbacks and controversies over the years, nothing compares to the storm that hit in light of the news that a security breach had made more than 87 million users’ data vulnerable, with millions of users’ personal information being sold to Cambridge Analytica. March 2018 proved to be a tumultuous month for Zuckerberg, and the news hasn’t settled since the boat was rocked. The data itself was collected using an app named Global Science Research, with approximately 270,000 voluntary users—however, unbeknownst to them, Facebook’s API also permitted data collection from the friends of said app users.

Facebook then went on to suspend Cambridge Analytica, issued a series of public apologies, and Zuckerberg himself faced off with Congress to answer their probing questions on the ordeal and his involvement.

In came the wave of users encouraging others to delete their Facebook while doing the same, and the uprisal of the hashtag #deleteFacebook. Even fellow CEOs, such as Elon Musk, openly admonished the website, going on to publicly announce the deletion of SpaceX’s Facebook account. Combined with this was the call for Zuckerberg to fix Facebook now or, more harshly, for him to resign as instigated by users and investor groups alike. Despite this, it is impossible for investors to unseat him from his position as he retains 60% of voting rights in the company, despite only owning 16% of stock shares.

Facebook wouldn’t have existed without Zuckerberg—would it still exist if he wasn’t at the helm? In these cases, it’s a genuine possibility that the absence of the person in charge could make a sizeable difference in the company, and the pressure is on their replacement to fill the void.

Perhaps we can learn from previous examples; for example, Satya Nadella who took over from Steve Ballmer as CEO of Microsoft in 2014. The most notable of his revolutionary changes, even before his takeover and especially in contrast to the poor reception that Windows 8 received in late 2012, is his induction of cloud technology as it joined Microsoft’s repertoire. Cloud computing was a major project of Nadella’s, and one that lead to the development of one of the largest cloud infrastructures in the world. Additionally, after his appointment to CEO, Nadella spearheaded the change to working more closely with Microsoft’s competitors, such as Apple and IBM. Through his leadership, Microsoft also saw the acquisition of LinkedIn, just two years into Nadella’s term, which helped unanimously to expand the reach of its services.

The company’s stock raised by 130% since he took over, growing at an annual rate of 23%. If that doesn’t speak volumes about his leadership and ideas in the position, what will? It’s clear that the assignment of a new CEO in this scenario worked in the company’s favour, for the better of its future—though perhaps if the time came, Nadella would be far more difficult to replace.

Alternatively, we have the example of John Sculley, CEO of Apple from 1983 until 1993. Sculley moved from his position at PepsiCo to take over from Mike Markkula, who himself became President of the company, while Steve Jobs served as Co-founder with no other official title at the time. Around 1985, Sculley believed that Jobs was hurting the company during the uprising of IBM and Microsoft as fellow computing giants, and executives began to phase him out until his departure that year. It seems unheard of for a fresh CEO to dismiss the Co-founder of the company that built it from scratch, especially in the case that said Co-founder was the reason behind their appointment in the first place, with the notorious pitch from Jobs to Sculley: “Do you want to sell sugared water for the rest of your life? Or do you want to come with me and change the world?”. Whether or not Jobs left voluntarily or Sculley outright fired him is up for debate, however, inevitably, the fallout of his departure from Apple was nonetheless far more damaging.

Following Job’s absence, Sculley held the reigns of financial flops such as the Newton MessagePad and the PowerPC, the latter of which became somewhat of a money pit as the cost to design and manufacture the device meant its price for consumers was also especially high; around the time when its competitors were able to create far cheaper alternatives. Having set the company back, Sculley was replaced by Michael Spindler, who in turn was replaced by Gil Amelio three years later—Steve Jobs took over from Amelio just a year after that, loaded with the task to bring Apple back around and save it from its own destruction. The rest is history: Jobs worked together with Bill Gates in a $150 million investment that kept Apple alive, released the lucrative iMac, and proved himself to be the best man for the job. Even now, Apple retains its core place and relevance in our digital world under the control of current CEO Tim Cook, proving that a necessary replacement is possible when it comes down to it—while Jobs himself proves that you can’t compete with genuine aptitude and ingenuity.

With this in mind, it’s clear that the replacement of a significant CEO is possible and can in fact lead to far more success with a new person in place—provided they are the right fit for the job and possess the correct skills and attributes. Should the previous CEO be indispensable and one of notability, the best course of action is most likely to continue their work moving forward rather than going in with the aim to disrupt and alter their proven legacy. If it works, don’t change it; but if a transition is unavoidable, remember to tread carefully and don’t let an ego attempt to fix what isn’t broken. A CEO can make or break the company, and an ill-suited replacement can cause unwelcome damage in the long run.