US vs China Trade War: Who Does It Hurt? 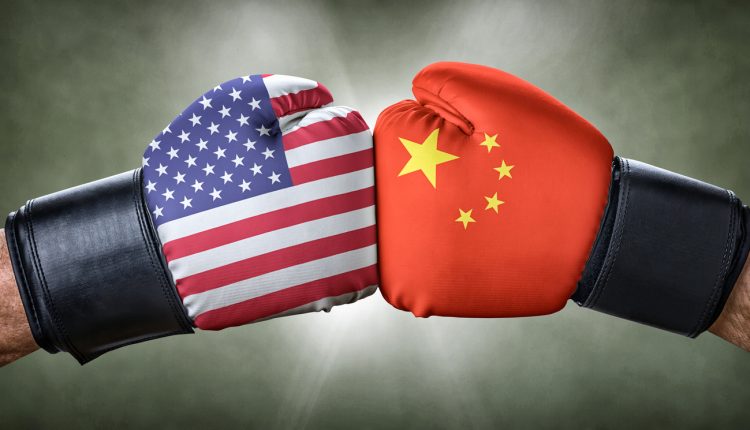 While not in a trade war as of yet, both oppositions in the US vs China tariff tension have given warnings and escalated hostility. If a war of sorts were to pass, who would be afflicted, and what would it do for the economy?

Speaking on the tension is Siddharth Shankar, a leading expert in trading with Asia and CEO of Tail’s Trading, an innovative new solution for SMEs exporting to Asia. Shankar says:

“The trade war brewing between the United States and China has the potential to send shock waves well beyond those two countries. The US has imposed tariffs on aluminium and steel, failing to exempt China, even though it made other countries, who account for a similar bulk of those imports, exempt.

Meanwhile, China has imposed tariffs on US goods such as pork, wine, nuts and fruit. As these commercial skirmishes escalate into what looks set to be an all-out trade war, with new blows dealt daily, it’s important to understand the true impact such a trade war could have on businesses and the economy.

Chinese government policy is known to be based on a degree of censorship. The topic of the trade war with the US, however, is not being censored—largely because most Chinese people are blaming the US President Donald Trump and the US government for the stand-off. It therefore looks like China is ready to go above and beyond. In fact, they are almost definitely using public opinion to pressurize the US on this matter—and President Trump would be highly unwise not to take President Xi Jinping’s threats seriously.

The Damage of a Trade War

It’s possible that China may consider selling US Treasury debt as a counter attack (even though there would be no real monetary profit in doing so). The Chinese government’s retaliation to US policies on trade is a matter of pride for Chinese nationals. A rather different situation from the US – where Americans either aren’t keen to take such steps or don’t understand them.

It’s likely that the overall economic damage of indulging in a trade war would be almost equal to the losses if China and the US were to embark upon a real war. The other side of the coin, however, is that US pressure on China could make China more open and, as a result, they might allow cheaper prices on multiple imported goods such as cars [ref: Xi’s speech at Boao Forum for Asia].

If this were to turn into an all-out trade war, the figures are clear—the US would come out the victors. China sells $506 billion worth of products to US and US sells $130 Billion worth of products to China. Hence in an all-out trade war, the US would be the least affected—‘winning’ hands down. But, given that it is an economic-political battle, rather than a purely economic one, China is the country with the greater ability to sustain the conflict. China has $3 trillion cash surplus with a communist government which has the ability to rule for life, whereas the US has mid-term elections due later this year.

Outside of the US and China there are winners and losers if an all-out trade war ensues. Asian export economies like Japan, South Korea, Taiwan, Vietnam and Malaysia would all be likely to lose out. However, it’s Hong Kong that would be at the highest risk, given its position as a gateway for US-China trade.

In contrast, for soybean exporters from across the globe – including Russia, Brazil and Argentina – the trade war could be hugely beneficial. The same would stand for suppliers of pork, such as Russia, Germany, Spain and Denmark and European aircraft manufacturers, such as Airbus. Steel importers, like the Philippines, would also be likely to come out better off.

This analysis is based on the current items tariffs have been imposed on, in the sectors of metal and agriculture. However, if other items are brought into the war it will benefit bigger economies like India, the United Kingdom and the European Union as a whole.”

“RSM International’s view is that middle market businesses are likely to bear the brunt of tariffs on trade. Here’s why:

Middle market firms in the manufacturing and agricultural sectors are suffering the disproportionate burden of adjustment to both the steel and aluminium tariffs and price movement anticipating the possible implementation of tariffs across several industries linked to the US China trade spat.

The large firms that sit at the top of industrial ecosystems, which the middle market populates, will choose to pass along costs downstream, thus harming earnings and revenue streams of middle market firms.

RSM expects China to shift final assembly to other economies, along its prodigious Asian and global supply chains, resulting in an increase in Vietnamese, Indonesian, Taiwanese and Malaysian exports to the US as Chinese exports narrow. It is important to understand that China is the great assembler – they do not produce much of what they export domestically, they assemble from their supply chains and then export to the US.

This means China can find ways around the tariffs and middle market firms will continue to suffer.

The risk is that it will ignite a wider trade war that will spill over into broader consumer products, financial realm and beggar-thy-neighbour currency devaluations. While the trade spat is intensifying, it is not yet a trade war.

While at this time the diplomatic and economic interaction between the Trump administration and China appears be better described as open mouth operations and well short of a trade war, the potential economic impact and price distortions to the middle market economy is significant.

If the situations deteriorate, middle market firm managers should anticipate the large firms that occupy the upper end of industry ecosystems to pass price increases downstream, putting at risk expanding revenues and profit margins that have been the hallmark of the real economy over the past 18 months.”