Who Are the World’s Top 10 Most Disruptive CEOs? 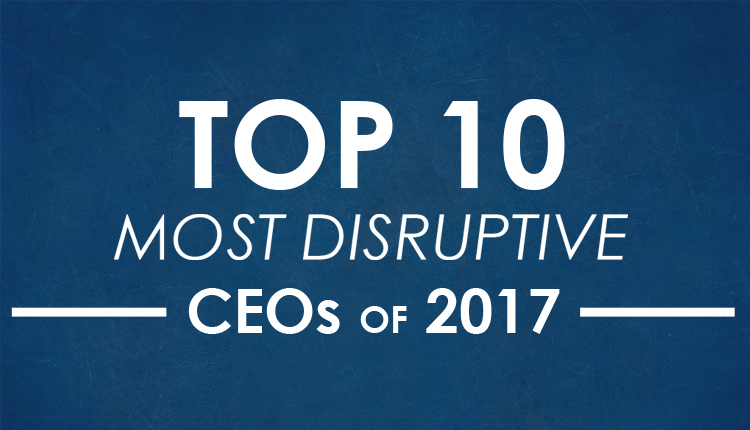 New research released today by Creditsafe ranks the top 10 most disruptive chief executives, whose innovations are altering the world we live in. Among these dynamic businesses, which range from startups to well-established incumbents, Brian Chesky, CEO of Airbnb has secured the top spot.

Creditsafe compiled the list of the top 10 most disruptive CEOs based on a range of criteria, including how active leaders have been in introducing new initiatives to market, raising investment, and increasing user numbers. In addition, Creditsafe used information accessible via its online database of company and director reports, including carefully calculated credit scores and the number of past company failures. Using this intelligence, Creditsafe gave each CEO a weighted score, resulting in the final ranking. 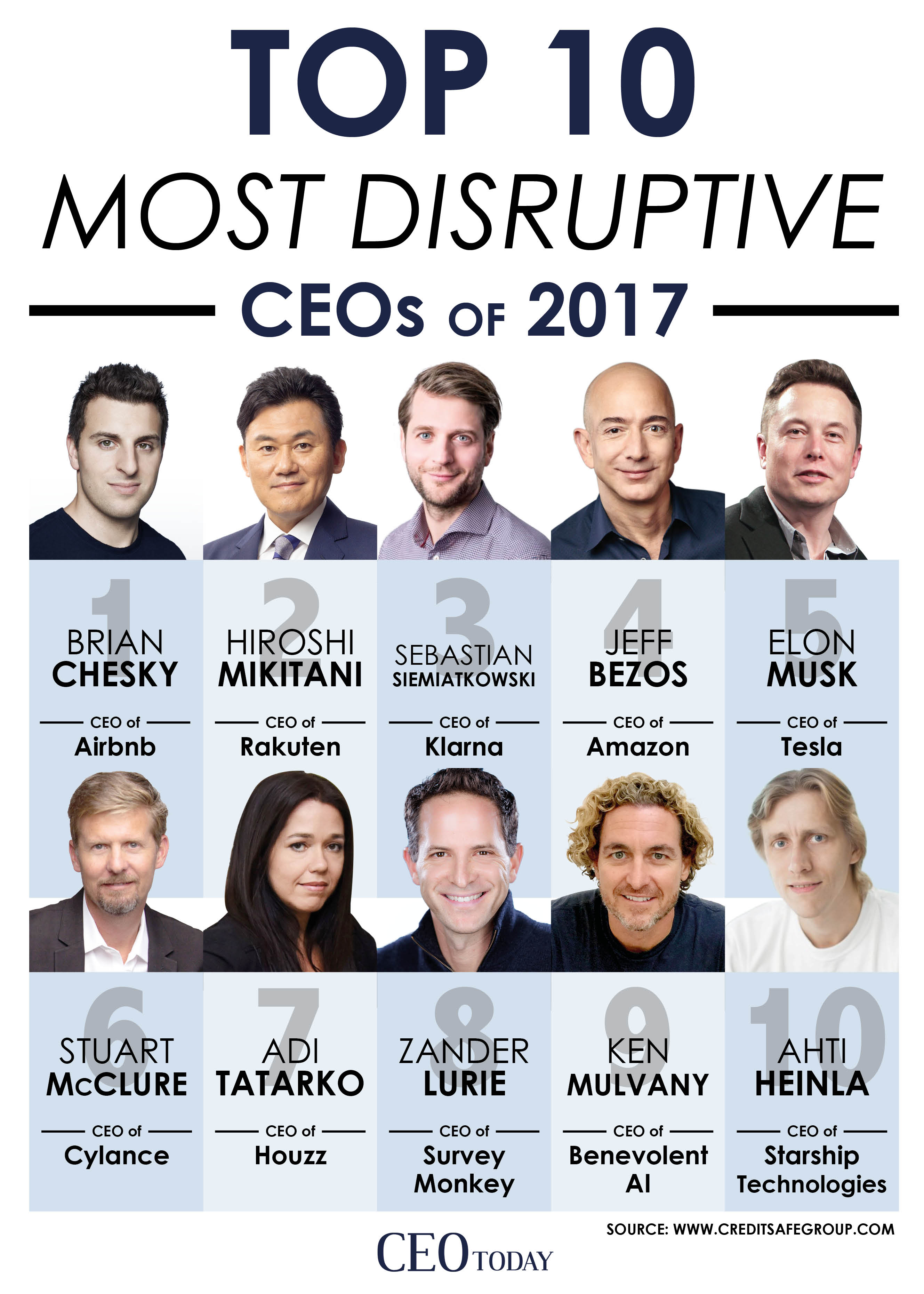 Chesky, the 36 year old founder and CEO of Airbnb, was named one of Time’s “100 Most Influential People of 2015” and has helped shepherd the company from startup to a mainstay on the hospitality landscape. After starting the company with co-founders Joe Gebbia and Nathan Blecharczyk ten years ago, Airbnb now offers accommodation in 191 countries around the world, catering for over 200 million guests. Just under a year ago, the company closed a $1 billion Series F funding round that valued the company at around $31 billion.

Hiroshi Mikitani, CEO of Japanese internet services and e-commerce giant Rakuten is second on the list, while Sebastian Siemiatkowski, Swedish CEO of payment solutions provider Klarna is at number three. Jeff Bezos, founder, CEO and Chairman of Amazon and the world’s richest man, occupies fourth place, largely thanks to the ongoing dominance of the e-commerce giant and its continuing expansion into other business areas. Elon Musk of Tesla sits at five, while Ahti Heinla, Estonian CEO of delivery bot pioneers Starship Technologies caps the list in tenth place as the company continues to develop its futuristic offering.

While established players occupy several spaces on the list, in the true spirit of disruption, five of the top 10 most disruptive CEOs head up companies founded in the last ten years. Similarly, two of the CEOs on the list are still in their thirties, heralding new talent on the horizon. However, the list also reflects the enormity of the gender gap in C-suite roles among these companies, with Adi Tatarko, founder and CEO of DIY company Houzz, the only female leader on the list. The nationalities of the disruptive CEOs on the list also demonstrate geographic diversity, with CEOs from seven different countries and four continents. The United States tops the list, however, with four representatives.