From Apprentice to CEO: Why You Need to Look Beyond University Degrees 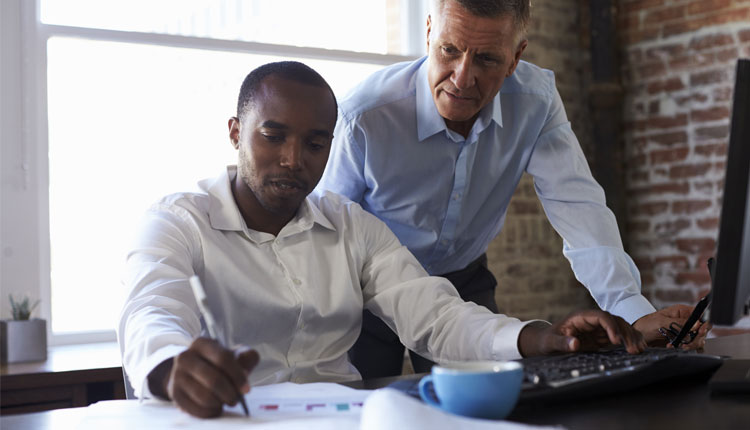 With it being National Apprentice Week in the United Kingdom, we investigate whether you can climb all the way to the top of the corporate ladder and become a CEO if you choose an apprenticeship over a University degree.  We spoke to Joe Crossley, CEO of Qube Learning, someone who himself decided against University in favour of entering the workforce, training on the job, and has successfully climbed all the way to top.

There is an out-dated view held by some that Apprenticeships are for those who were unable to get into university.  The Apprenticeship Reforms has afforded Qube Learning the opportunity to challenge this opinion, since the sector has now seen the introduction of Degree-level Apprenticeships, at Levels 6 and 7.  Many providers – ourselves included – are building links with universities and Levy-paying employers, to offer a clear pathway of progression through to this higher level.  With so many new and exciting opportunities developing nationally, it’s vital that students receive the correct information, advice and guidance as they approach school-leaving age.

A survey that Qube Learning carried out in 2017, surveying 2000 graduates, revealed that 25% of graduates regretted going to university and should they be given the chance to do it all over again, they would prefer to take the route of an Apprenticeship or other further education.  Tellingly, the survey revealed that only a fifth of graduates had been informed of alternate study options such as an Apprenticeship following the achievement of their A-Levels.

What is more, nearly half of all those who responded to the survey agreed that their current job is in no way related to their degree and that they could have reached the same level through an Apprenticeship scheme – which begs the question, is the average debt of £18,000 that graduates of three-year studies find themselves in worth promoting as the only option when so many are regretting their choice?  What is clear is that university is suitable for some students but not for others.

It’d be easy to point the finger at Careers Advisors in schools and colleges and say the issue lies with them for exclusively leading students down one particular path.  On the contrary, we operate as a national training provider and work collaboratively with a number of educational institutions.  It is our finding that some in fact provide excellent IAG to students and present the full gamut of study options available.  However, what is apparent is that there is no consistency on a national scale with others offering little to no guidance on the other available options.

Parents also need to ensure they have the correct discussions with their children as they approach school-leaving age.  When I was an adolescent, my parents ensured that all the available choices were highlighted to me.  The most important thing they did was listen to what I wanted from a career and help me identify a pathway that suited my own unique personality, needs and set of skills.  I ultimately chose not to pursue university and instead opted to enter the workforce, which soon led to a Trainee Management position within the retail industry and nearly 20 years later I am now a CEO of a national training provider.  It doesn’t matter where your starting point is, with the correct support and guidance you can carve the profession out that you deserve.

It’s natural for a lot of graduates to finish their degrees expecting to jump on the career ladder almost immediately, but this is often far from the truth.  Many students feel the pressure to achieve a particular grade otherwise they feel they risk being unemployable, but when they finally secure a job in an unrelated sector, their qualification almost becomes redundant.  In comparison, Apprenticeships offer an excellent alternative to university and instead of incurring debt, provide individuals with a contract of employment, a real job and a monthly income whilst they further their education and career prospects.  Furthermore, under Education & Skills Funding Agency funding rules, apprentices are in fact prohibited from contributing to the cost of their studies and the fees must be paid in full by their employer.

What really came across from the survey results is that many students view University as a rite of passage, owing to their social development.  Indeed, an overwhelming 93 per cent of graduates stated that they had enjoyed the experience, freedom and time away from their parents; one heartwearming statistic is that 20 per cent of graduates had met their longterm significant other whilst atuniversity.

What’s imperative is that people from as young as 16-years-old should be made aware of the educational routes that are out there for them.  It does not have to be the traditional path of A-Levels and university – there is a huge amount of scope for young people to learn a trade, through Traineeships and Apprenticeships, whilst being educated at the same time’.