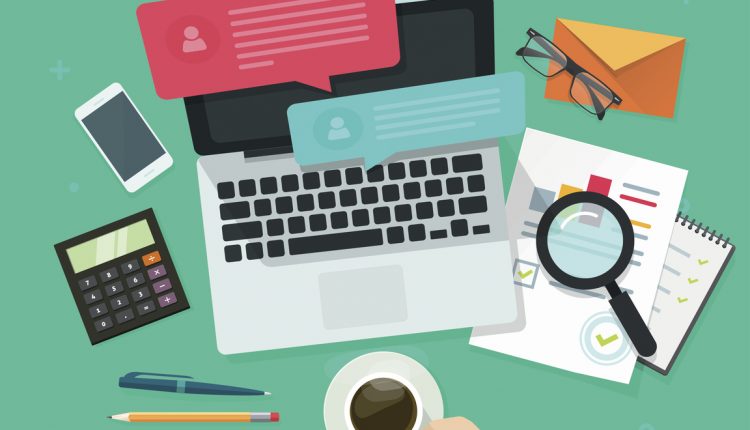 Social media as a platform is growing every day and is used more often than ever by companies in order to better approach an audience. However, what happens when controversy hits and the sharable platform bites back? We hear from three experts on the topic, with advice and guidance on how it works and what to do in the event of an online storm:

“When a business goes through a controversy or crisis, it’s often seen (and tracked) by people on social media. Whether that be the news sources they follow or their friends talking about it, the conversation about the business in question will be happening on social. Not only does social media spread the issue faster and wider, it is often shared by people angry about your actions or their experience. Social media has largely become a battleground these days, and if you anger or upset people, they will vent their anger through their social channels.

Given that, it’s vital to listen and to respond.

In times of crisis, social media also offer businesses a chance to respond — proactively and quickly —  to engage with or wrest control the narrative. With thousands of signups to our social media platform, what we consistently see is the need for authenticity and transparency in a crisis; this is what the public value most, and social media can be the best way to share. If you stand up and own the problem with integrity, social media can actually turn out to be a friend and not a foe.”

Elaborating on the issue is Stephanie Bailey, Managing Director of Corporate Communications and Financial Services at FleishmanHillard Fishburn, speaking from her 15 years’ experience as a Corporate Affairs Adviser to some of the world’s leading companies and brands, including Western Union, Danone, Intel, Rolls-Royce, and HSBC:

“As I write this, news has broken that the first driverless car has hit and killed a pedestrian in Arizona. The company behind that car and being named and shamed is Uber, not exactly a stranger to controversy. Last year was hardly one to celebrate for the ridesharing app company, with sexual harassment allegations, criminal probes and leadership change.

Social channels have not been kind to Uber. The #deleteuber tag started at the beginning of last year in reaction to Uber seeming to profit from taxi drivers protesting against Trump’s travel ban. At the time, their US rival Lyft saw a significant surge in sales as people turned their back on the firm. This was a display of consumer power and arguably it was the most effective: a direct attack on sales that showed how effective a lobbying tool social can be; when used as a way to demonstrate discontent.

The latest tragic accident was quickly shared across social channels, #deleteuber was retweeted alongside strong opinions of Uber’s involvement in the incident. Videos of the accident were quickly shared, and negative tweets generated, not simply on the incident itself but also on the reputation of Uber. Uber is a company that, on social at least, does not breed affection or customer loyalty.

Another company synonymous with controversy is Volkswagen, infamously hit by the emissions scandal in 2015. Whilst the company appears to be fighting back, it has been a long time coming and at huge financial cost, estimated at $25bn. Sales at the car company are on the up, mainly because it continues to make good quality cars that are synonymous with value, but the impact on its reputation, particularly its corporate governance procedures, still lingers. When the emissions scandal broke, like many large companies, Volkswagen took a long time to respond, creating a vacuum in communications at a time its customers needed it most. Hiding behind a holding statement and failing to engage with its customers is a mistake. The longer a crisis runs the more damaging it is. Leadership needs to be present, accepting culpability and providing solutions. Whilst it’s important that the facts are validated before any statement is made, the expectation is for the company to have a human voice to tackle with the situation and to tackle the issue quickly and effectively.

Social is the channel of the people and companies who fail to understand that are not only missing an opportunity, they are also potentially alienating and antagonizing their audience. Using video as a medium to accept culpability is a technique employed by many, but this has to be done with caution and consideration. The choice of spokesperson for social channels is incredibly important. Fielding someone who uses corporate jargon, fails to engage with the camera, seems distant or arrogant or just doesn’t want to be there can have a more detrimental impact than not fielding anyone at all. Social channels have sped everything up, their ability to galvanize a response and drive people to action makes them a powerful tool for questioning the actions of the corporate world. The use of crowd sourcing as a lobbying tool transforms the rhetoric into grassroots action.

In a crisis a company soon understands who its friends are. Celebrity influencers are often quick to distance themselves from the spiralling situation as the potential impact on their own reputation became apparent. Many celebrity influencers depend on their social followers, so they will act without hesitation to mitigate against any kind of social media backlash that can have a long term impact on their own brand. Of the many tactics employed by Oxfam, it was Winnie Byanyima’s impassioned apology that was exactly the right approach for dealing with the crisis and was probably the best method used by the embattled organization. She was credible, said exactly what her audience expected and felt the most authentic amongst the senior Oxfam leaders.”

Lastly, Amy McCulloch, Joint Managing Director at modern comms agency eight&four gives advice on how to manage such a crisis:

“The brands that are able to capitalise on crisis moments are the ones that prioritise the response over the issue. Crisis moments are ‘moments that matter’ for brands. It’s not about dealing with the issue and hiding it away as quickly as possible. It’s about ownership, authenticity of response and evidence of change – all of which becomes a story to tell through social channels and beyond.

Here are some tips on prioritising the response:

It’s really important to have a core crisis team who are aligned on the process and are ready to get around a table to agree a response and circulate it throughout the organisation. Brands fail when they are crippled by sign-off and approval procedures and cannot expedite through the business. We’ve seen statements go out a week too late and this can be damaging. Typically, crisis teams will include stakeholders from across PR and Social, Customer Service, C-Level and Legal in order to align, approve and disseminate the message efficiently.

Listen to the conversation over time

Seek out the Comms opportunity

Brands fail when they don’t fall on the sword and say ‘I’m sorry’ when appropriate. However, it is not always about just saying ‘I’m sorry’, the best responses we see are when a brand really owns their situation and becomes proactive in this environment by using it as a campaign opportunity to make a statement about a company’s core beliefs. Whether you are proactively or reactively responding you need to ensure the response feels part of the brand tone of voice. If you’re a light hearted/conversational brand, taking a corporate tone will jar (look at what KFC did with their response to the chicken shortage ‘FCK’).