Controversy and the Death of the Executive 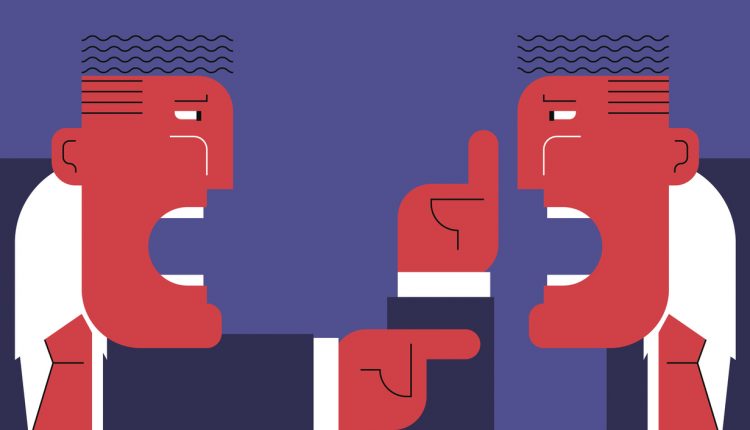 A person in a position of leadership will have a plethora of factors, problems and objectives buzzing around their head at all times. Among the vital things to keep track of on a day-to-day basis is productivity, the depth and quality of their management, business and industry knowledge, investors, profits… and the list goes on. But some have been most challenged in a far different arena: likability.

As Owler’s list of most liked CEOs indicates, the top three are Craig Jelinek of Costco, Arne Sorenson of Marriott and Richard Fairbank of Capital One. The main thing these three have in common: lack of global scandal and infamy. Even the lowest on the list don’t have that kind of calamity attached to their name.

In comes those that have widespread notoriety for their unfavourable actions that lead to worldwide criticism. Ajit Pai is one such businessman, the Chairman of the Federal Communications Commission (FCC) and the face of Net Neutrality’s repeal. Put in place to ensure internet service providers didn’t discriminate pricing depending on user, content, website or platform, Net Neutrality prohibits the largest providers like AT&T, Comcast and Verizon—at which Pai previously served as Associate General Counsel—from prioritising their services over others. Comparitech posted an article in Net Neutrality’s defence by Dave Albaugh, explaining fully the daily impact it plays in our lives without us realising and the importance of its maintenance.

However, on December 14th 2017, the repeal was approved despite worldwide protests and criticism. The day before the hearing, Pai released a video entitled 7 Things You Can Still Do on the Internet After Net Neutrality, in which he danced to the Harlem Shake and purchased a lightsabre online, which only added to the distaste working against Pai’s favourability. The creators of the Harlem Shake even threatened to sue Pai over its use, and Mark Hamill criticised him on Twitter, calling him “profoundly unworthy 2 wield a lightsaber-A Jedi acts selflessly for the common man-NOT lie 2 enrich giant corporations.” He inevitably cancelled his attendance to various events due to the reaction of the public and alleged threats he received as the result. As of February 2nd 2018, Congress has 60 days to stop the repeal with the Congressional Review Act—after which, they will be unable to, and the rules as informed by the FCC to the senate will be repealed.

Even more widely loathed is former businessman and current convicted felon, Martin Shkreli. His reputation as the most hated man in America first budded in September 2015, when the company he founded, Turing Pharmaceuticals, obtained the manufacturing rights to Daraprim, a drug used in prevention for malaria and treat toxoplasmosis. He subsequently repeated a previous controversial action from 2014 when he hiked the price of tiopronin – a drug that treats cystinuria, a rare disease — from $1.50 to $30 per pill. In this case, he raised Daraprim’s price from $13.5 to $750 per pill, or by a factor of 56.

This stark change in price was immediately criticised by the Infectious Diseases Society of America, the HIV Medicine Association and the Pharmaceutical Research and Manufacturers of America. Consequently, it was also criticised by then-presidential candidates Hillary Clinton, Bernie Sanders and even Donald Trump, who referred to Shkreli as a “spoiled brat.” As Business Insider reported, Shkreli defended his actions as a means to make a profit on the drug, with Trump continuing: “I thought it was a disgusting thing, what he did. I thought it was a disgrace.”

Shkreli finally faced retribution for his various controversial actions in December of 2015 onwards, which involved innumerable charges of securities fraud. He was ordered to forfeit assets worth $7.4 million on 5th March 2018, and later that week, he was ultimately sentenced to seven years in federal prison, likely to the celebration of many.

Other examples include Tony Hayward, former CEO of BP, who notably explained: “I think the environmental impact of this disaster is likely to have been very, very modest,” after the worst oil spill in US history took place. Referred to as the Deepwater Horizon disaster in 2010, the spill was caused by an explosion on the Deepwater Horizon oil rig, killing 11 in the blast. In the figures detailed by the Independent, 4.9 million barrels of crude oil was released into the ocean. Even worse, BP estimated that 1,000 barrels would be released per day due to the explosion, with the actual figure being as high as 53,000 per day. Hayward then went on to take place in a distasteful yacht race and was replaced by Bob Dudley within a matter of months.

Travis Kalanick is another well-known example. As Co-founder of Uber, he resigned from his position as CEO in June 2017 amid reports of sexual harassment that he had full knowledge of under his tenure that he made no attempt to resolve, and a video which surfaced and went viral that featured Kalanick berating one of the drivers of his company in a heated argument. Investors ultimately pressured Kalanick in a gambit for new leadership after his liability was established, leading to his replacement by current CEO Dara Khosrowshahi. Kalanick went on to be sued by Benchmark under allegations of fraud, breach of contract and breach of fiduciary duty. The lawsuit was dropped in January 2018 under the condition that Uber completed its transaction with Softbank, leading him to sell a stake worth $48 billion to the Japanese holding company.

John McAfee was entangled in a number of infamous circumstances between 2012 and 2015: in April 2012, his home in Belize was raided and he was arrested under suspicion of manufacturing unlicensed drugs and for possessing an unlicensed weapon. While he wasn’t charged for either case, later that year, he was suspected in the murder of his neighbour, Gregory Viant Faull. McAfee evaded police and fled Belize, faked two heart attacks in order to buy time for his attorney, and was called “extremely paranoid” by Dean Barrow, Belize’s Prime Minister. While no charges were filed for this case either, he was later arrested in 2015 for driving under the influence while in possession of a firearm, stepped down as CEO of technology holding company MGT Capital Investments, and left the company altogether in January 2018.

These kinds of influences speak volumes about the value of likability and reputation in business and is not a factor to be overlooked. An established, profitable and otherwise successful business can be dragged to the depths of disgrace thanks to the deteriorated reputation of an ill-fated CEO. Some issues can be forgiven, but the bigger the controversy, the harder the fall from grace.