Business Bankruptcies and M&A in China 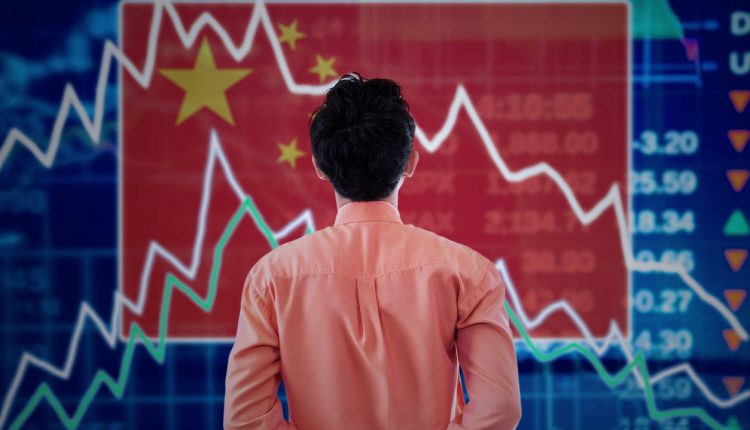 Xu Shengfeng, is a Senior Partner at Zhong Lun Law firm and the person in charge of the firm’s bankruptcy and reorganization practice. Over the years, he has taken the lead in handling a number of high-profile and complicated bankruptcy and reorganization cases involving domestic heavyweight securities companies, listed companies and other businesses, for which he has received many awards and honours, including Band 1 recommendation from Chambers Asia-Pacific.

Founded in 1993, Zhong Lun is among the first partnership law firms approved by China’s Ministry of Justice and one of the leading full-service law firms in China. It has been recognized as ‘Law Firm of the year in China’ by Chambers for multiple times.

Below, Mr Shengfeng talks to CEO Today about his insolvency and bankruptcy work, as well as trends in the Chinese M&A sector.

Which sectors experience insolvency and bankruptcy more than others in your experience?

Currently, China’s major industries are suffering from a grave problem of structural imbalance and mismatch between demand and supply, which throws up the biggest roadblock in the path of China’s sustainable economic development. On one hand, overcapacity heavily burdens economic transformation of China; while on the other hand, the overflowing supply is still struggling to cover the demands of China’s industries, for what flood the supply chain are low and mid-end products, while high-end ones are sorely needed but hard to come by. Traditional manufacturing industries, such as steel, coal, cement, non-ferrous metal, petrochemistry and papermaking, take the hardest blow when it comes to excess industrial production, and bankruptcy is unsurprisingly frequent in these industries.

What legal remedies can you employ to bring recovery to a bankruptcy case?

Bankruptcy remedies in China include liquidation, reorganization and compromise, and the selection of remedy depends on how much value remains in a company in question. As to “zombie companies” that have little hope of recovery and further development, bankruptcy may be the best option for them to exit the market. For companies that still have some potential and prospects, reorganization or compromise may be the most appropriate way to save them from their dire predicament and breathe new life into them.

What has been the state of business bankruptcies in China over the last few years?

At the end of 2015, China set out to clear out zombie companies and push forward structural reforms on the supply side with a view to eliminating excess industrial capacities. As a market-oriented and statutory tool, bankruptcy has been given a high value by the regulators in these efforts. The Supreme People’s Court has rolled out a series of reform measures on trial of bankruptcy cases. In 2016, courts in China handled 5,664 cases of business bankruptcy in total, representing a 53.8% jump from the year before, and in 2017 that number rose to 9,542, a 68.4% increase compared to 2016. Among such increase, the number of reorganization cases surged significantly as well. Through trial of bankruptcy cases, the Supreme People’s Court aims to resolve overcapacity and remove zombie companies, thus setting up a comprehensive system for bankruptcy proceedings and greatly improving China’s business environment. According to the 2017 evaluation of business environment of 190 economies by the World Bank, China ranks 53rd in the number of bankruptcy cases, a rise of 29 spots from its 82nd place in 2013

What trends have you noticed in the corporate M&A sector in China in the past twelve months?

Last year, against the backdrop of the Chinese regulators tightening their grip, Chinese companies have become more level-headed and market-oriented in their M&As. Vertical mergers with the view to optimizing industrial structures and propelling reforms on the supply side have been increasingly common. M&A transactions in China have shifted their focus to companies with advanced technology or innovative products and creative business models. As the ‘Belt and Road Initiative’ progresses, top-notch foreign companies with cutting-edge technology or products are also sought after by Chinese M&A pursuers.

What common issues can put a halt to a deal? What can be done to prevent this?

To avoid the foregoing, the parties to a M&A deal need to make sure that they will use their best endeavors to maintain information symmetry and get fully aware of as much as relevant problems during their negotiations or due diligence investigations.

What advice would you give for companies considering a merger that they should know before they begin?

The acquirer in a merger needs to, based on its actualities, select high-quality target assets appropriate for its transformation and upgrading and refrain from wielding the deal as an instrument to manipulate its value/capitalization. After determining the target, the acquirer needs to promptly conduct comprehensive financial and legal due diligence investigations to identify potential risks as early as possible so as to timely assess the natures and extents of the risks and their possible impact on subsequent merger activities.