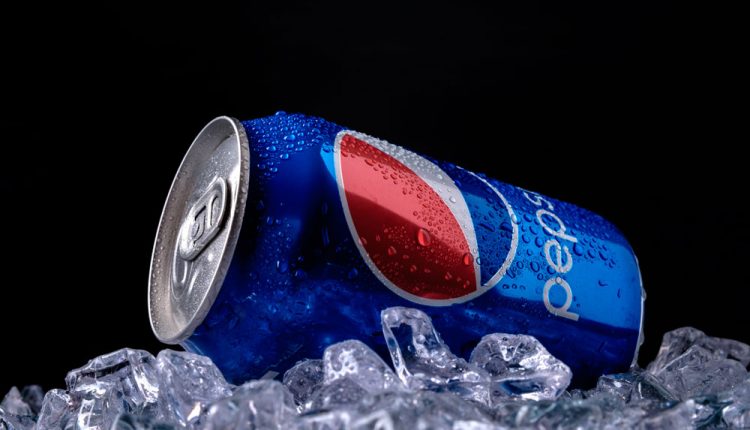 Marketing plays a monumental part in any business and is key to its survival. Without advertising and publicising, a business could disappear into irrelevance and be completely forgotten—worse, however, is the damage that can be caused by poor marketing choices.

At best, these choices can be a simple mistake—cause for a quick laugh—which is then swiftly swept under the rug and forgiven. At worst, they are heralded as tone-deaf and leaves one wondering, ‘why did they think this would work?’ and ‘how on earth did this get approved?’

One of the worst in recent years is Pepsi’s advertisement featuring Kendall Jenner of the Kardashian family. Amid rampant protests featured in the ad, Kendall Jenner appears to triumphantly and heroically put everything to a standstill—with a can of Pepsi. The ad shows a blatant misunderstanding of protests amid the height of the Black Lives Matter movement, and exploiting a serious real-life issue to promote a brand was met with widespread criticism, to the point that an SNL sketch parodied it. An apology was issued by PepsiCo, and the ad was removed. Adweek reported that Edward Boches, Professor of advertising at Boston University and CCO at Mullen Lowe, said: “Ridiculous ad … Shows no awareness of the protesters’ mindset or environment. Feels completely dishonest and contrived. Was clearly done by people who have not attended a protest or spent time on the streets and have no understanding of the pent-up anger.” According to Brad Jakeman, former President of PepsiCo, the ad “was the most gut-wrenching experience of [his] career.” The ad went on to be widely regarded as the biggest marketing disaster of 2017.

As Brandwatch reports, there was a 21000%+ increase in mentions, with more than 427,000 mentions of Pepsi on various social media platforms on April 4th alone, and April 5th gaining an additional 1.25 million mentions.

Conversely, Coca-Cola released an ad in 1971 which achieved what Pepsi didn’t. Entitled Hilltop, it features a group of people from various cultures joining together in song to bring a sense of unity in celebration of diversity. The ad is much more tastefully handled and so well-liked that it was remastered in 2016.

Another form of campaign that numerous companies have attempted involves the release of new products, usually identical to already existing products, but marketed ‘for girls’. BiC, best known for its brand of ball-point pens, received criticism in 2012 for releasing a series of pens that were ‘designed to fit comfortably in a woman’s hand’ and only available in pink and purple shades.

Satirising this, BrewDog recently launched their Pink IPA beer for women, complete with bright pink label. The aim of the campaign was to shine focus on the gender pay gap, however it received more criticism for being tone-deaf, lazy, and for the lack of clarity on its purpose. At first glance, the campaign perpetuates the same problem that it aims to satirise. Just a year prior, a Czech brewery called Aurosa released their own beer for women with the description of it being a ‘representation of a woman’s strength and a girl’s tenderness.’ Regardless of intention, these kinds of marketing strategies are never received well due to their patronising and stereotyping nature, and overall have become much less common in recent years—save a few mishaps, and in this case of satire.

Snapchat hasn’t been having the best time either. After handling consumer uproar over a poorly-received update that left users calling for it to be reversed—and creating a petition to do so, which currently has 1.2 million signatures—the new update also made ads more prominent. This included one for a game which featured the question: ‘Would you rather slap Rihanna or punch Chris Brown?’

The ad is an uncanny reference to Chris Brown’s conviction for assaulting Rihanna in 2009. It immediately sparked conversation and wide criticism over how it makes light of domestic abuse, with many pointing out that their ads go through an approval process in order to be used in the app, meaning Snapchat saw it and deemed it suitable to go ahead. Chelsea Clinton, daughter of former presidential candidate Hilary Clinton, tweeted: “Just awful. Awful that anyone thinks this is funny. Awful that anyone thinks this is appropriate. Awful that any company would approve this.” Rihanna openly condemned the app for this on social media, leaving shares in the parent company to drop by around 5% and Snap’s Founder and CEO, Evan Spiegel, saw his net worth drop by almost $150 million in just two days.

Brands utilising Twitter as a marketing platform has become a common occurrence in recent years, making for a way to integrate easily with its consumer audience, improve and demonstrate its approachability, and hit the target more directly and concisely. With this approach, however, mistakes can happen just as easily with swift backlash from its readers, and the added double-edged sword of shareability. Add to this the topic of politics, and you have something both risky and potentially detrimental.

Both McDonalds and IHOP shared their views on 2016 Presidential election candidates Donald Trump and Hilary Clinton respectively, leading to the tweets’ prompt removal and an apology being addressed. McDonalds tweeted: “You are actually a disgusting excuse of a President and we would love to have @BarackObama back, also you have tiny hands.” IHOP, on the other hand, retweeted from another user: “Also good morning to everyone except Americans who don’t want to accept the simple fact that Hillary Clinton had a major garbage campaign.” Both examples perfectly exemplify the impact social media can have on brands, as users flooded the two restaurant chains with criticism to the extent of some abandoning and boycotting the brand in response. In this case, what can seem like an innocent attempt at humour can backfire horrendously within minutes—after which, the damage has been done, shared and immortalised on the internet.

McDonalds went on to campaign on International Women’s Day 2018, which took place March 8th. In this case, they made the effort to turn one of their famous golden arches upside down to reflect a W, as well as on packaging and employee garments, in an attempt at solidarity. This was swiftly regarded as ‘hollow’, given the call for improved living wages, with one explaining in a critical tweet: “How about you pay your workers a living wage? That would PROVE that you actually honor and celebrate women. This is OBVIOUSLY a publicity stunt and you could have use the money spent for this to give your Female workers a bonus or a raise.” The overall consensus? Try again.

What these and many failed marketing campaigns have in common is their focus on social issues and politics, as well as untimeliness. While these topics can be handled well, a misstep can cause unintentional backlash and do a company far more harm than good. When making branding decisions, its best to ask if it’s worth the risk—or if it’ll benefit from a bit of extra research into the topic it attempts to handle.

How Digital Leaders Can Be More Credible

Calling All Creatives: JOANN Stores Hiring Thousands Across the…

The Bank of Austin Announces New Financial Center Near Downtown in…