How Should Your Business Deal with Sexual Harassment? 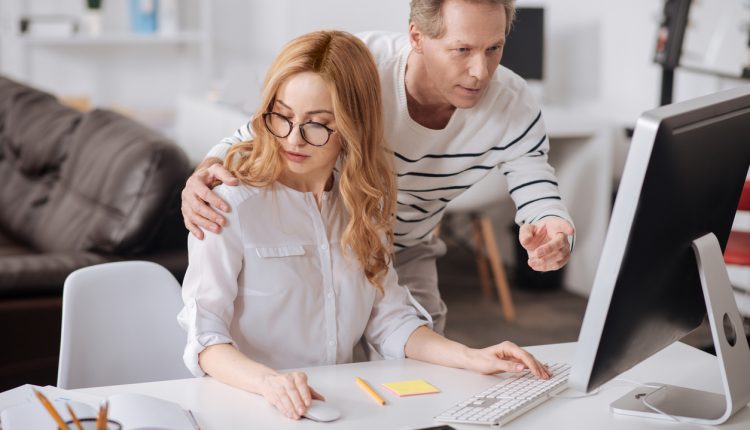 Ripe with reports on sexual harassment, online media and television have been pushing the boundaries of openness on this matter with the hashtag #metoo. However, resorting to honesty on social media isn’t necessarily the correct policy when it comes to business place harassment. Here CEO Today hears from Caron Gosling, Special Counsel at Pillsbury Law, who explains more in depth.

Each day seems to bring a new report about sexual harassment – in Hollywood, Westminster, within law firms, commerce and beyond.

The revelations might be new, but the law has in fact prohibited harassment in the workplace for many years. The law clearly states that it is illegal to carry out unwanted sexual conduct for the purpose of violating someone’s dignity or creating an intimidating, hostile, degrading, humiliating or offensive environment.

Recipients of harassment have in the past been reluctant to raise concerns but recent events have shown that they are now less likely to suffer in silence. An unwillingness to accept harassment – when coupled with the ubiquity of social media – means that victims now have access to channels of communication that are potentially far-reaching and uncensored.

Why have the floodgates opened?

Society has increasingly become less tolerant of sexual harassment; this change in society’s attitude should be no excuse for previous transgressions, despite protestations to the contrary.

Another major shift is that publicity is no longer limited to being created and disseminated by the mainstream media: far-reaching infiltration by social media through international campaigns like #MeToo and Time’s Up has brought the issues to a mass global audience.

People are now well aware of their rights in the workplace and, in addition, are likely to feel further empowered to stand up and make their voices heard without fear of ridicule or contempt. Anyone with a sexual harassment complaint now feels emboldened to raise it in a public forum without having to follow workplace procedures or satisfy the typical journalistic integrity of the mainstream media. The floodgates are not only open, they have been blown away.

Planning for a crisis

Sexual harassment allegations may arise internally within the confines of the operation of internal workplace policies, but could just as easily be raised in a public forum. Prudent employers will already have procedures in place to deal with an internal complaint and if not, then recent events should surely show that this is now essential.

Dealing with harassment allegations within the context of public scrutiny raises distinct issues. CEOs and management teams need to take stock of whether their processes are up to the job of adequately dealing with a public claim of sexual harassment by a current or former employee.

Workplace policies on anti-harassment, equal opportunities, whistleblowing and social media should be up-to-date and clear. Specifically, in relation to dealing with the media or social media, companies need to have clear guidelines as to what is appropriate and what is not. Where appropriate, employees should be encouraged to raise complaints through the anti-harassment procedure, rather than posting on social media.

There is little point in having a robust policy if its contents are not widely known and there is no enforcement when breaches occur. All staff need to know that any breaches will be taken seriously and that the policies apply to everyone. Harassment often occurs in relationships where there is an imbalance of power, and people in management positions need to follow the rules as well.

Other factors to consider include:

Allegations of sexual harassment made or reported on social media can spiral quickly and organisations need to ensure they have a media response plan to react quickly to the negative coverage. Decisions, such as who will act as spokesperson or what can be said from a legal perspective, should largely be known in advance.

Finally, ensure that you are communicating with your staff throughout a media crisis. Allegations made publicly can flush out other internal workplace complaints about the same individual, so it is best to be prepared for this. Most importantly, staff will want to be assured that you are taking allegations seriously and not turning a blind eye to illegal behaviour.

Organisations need to be attuned to the reputational damage that flows from harassment allegations made on Twitter, Facebook and beyond – and have a robust plan in place for dealing with it from a legal, HR and PR perspective. Ultimately, though, these reputational issues are secondary to properly addressing any allegations and ensuring that everyone has a working environment that is free from sexual harassment.