Competition: To Be Fought or Embraced? 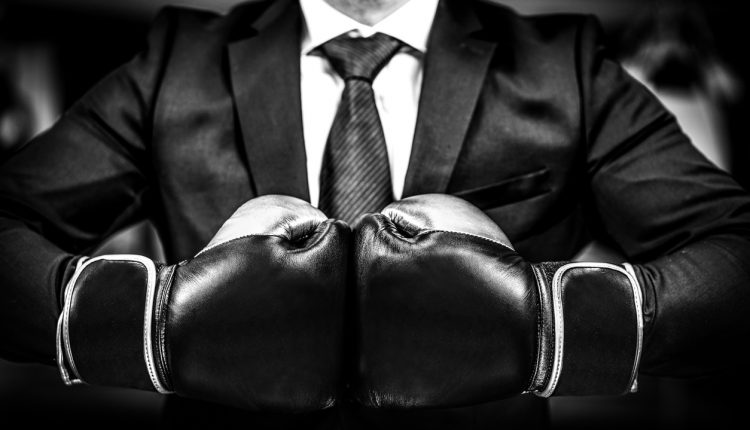 We all know what it’s like to feel the encroaching heat of competition, and the instinctive reaction we have as the result: perhaps a feeling of defensiveness, and the need to fight back.

Companies and businesses have a history of attempting to squash out competition, especially in recent years. Through a variety of means, including mergers and acquisitions to consolidate and dominate the market, larger and well-known companies can leave smaller businesses and start-ups fending for their lives. Competition exists in every field and industry but can benefit a company if embraced properly.

For example, competition produces a challenge, and a challenge makes changes mandatory to stay ahead. With this in mind, a healthy dose of competition can incite a need for innovation and keeps things moving forward, with every competitor striving for the same. It ensures that advancements are made in the industry. As with innovation, it will also inspire an improvement in the services provided, leading to more customers and revenue. What need is there to improve if there’s no one to compare against? This ensures that neither the company, nor its employees become complacent. From a consumer’s perspective, competition allows for a diverse and unique market. Running out of options is never a comfortable or appealing thing and being given the gift of choice is invaluable. At its core, it reflects poorly on a company if it were to attempt the complete annihilation of its competition.

That’s where the competition law comes in, also known as antitrust law in the US, which aims to maintain market competition by regulating anti-competitive practices made by companies. Anti-competitive practices include fixing prices or selling product at lower quality rather than competing for business with variable prices and superior quality, with a monopoly forming when a company owns more than 25% of the market.

Some competitions can come to a head in the form of theft. A rivalry between Uber and Alphabet Inc. was spurred after claims of theft of trade secrets, wherein Alphabet sued Uber for gaining insight on self-driving technology from a previous employee of Waymo, its autonomous car development subsidiary. Uber agreed to pay a settlement of $245 million in equity, with its CEO Dara Khosrowshahi saying: “To our friends at Alphabet: We are partners, you are an important investor in Uber, and we share a deep belief in the power of technology to change people’s lives for the better.” He continued, commenting on Uber’s acquisition of Otto, a start-up company which specialises in self-driving kits: “Of course, we are also competitors, and while we won’t agree on everything going forward, we agree that Uber’s acquisition of Otto could and should have been handled differently.”

Acquisitions can instigate scrutiny as well. Starting as early as 1974, AT&T, the largest telecommunications company in the US, has been involved in these kinds of cases with smaller companies accusing it of monopolising the market. Even more recently, near the end of 2017, it emerged that AT&T was entangled in a new antitrust case. This was due to an intended acquisition that was announced in 2016 of Time Warner, a mass media and entertainment conglomerate and 3rd largest in the world. The result saw the US Justice Department suing to block the merger between the two corporations.

In the EU, Brussels launched an investigation into pharmaceutical company Bayer’s purchase of Monsanto, an agrochemical and agricultural biotechnology corporation, in a $66 billion acquisition that caused fears of higher prices and a decrease in quality. Margrethe Vestager, European Competition Commissioner explained: “We need to ensure effective competition so that farmers can have access to innovative products, better quality and also purchase products at competitive prices.”

A common criticism of these acquisitions is the aforementioned monopolisation of the market. Fewer competitors and a subsequent raise in prices due to the domination of the market, as well as less options and innovation, is why the antitrust law exists.

Microsoft hit a roadblock in its early years in an infamous case wherein they lost $70 billion in market value after being sued for breaching antitrust law. In a case that was inevitably settled by the Department of Justice, Microsoft Corporation was accused of becoming a monopoly as the result of how it handled the sales of its operating system and web browser. The case focused on whether Microsoft was permitted to bundle Internet Explorer software with its Windows operating system, which was alleged to have been responsible for Microsoft overpowering competitive browsers and restricting the market for them.

Similar antitrust cases include American Express due to its practice prohibiting its merchants of accepting cheaper credit card alternatives from their customers, an act which Judge Nicholas G. Garaufis of Federal District Court for the Eastern District of New York described as “an unlawful restraint on trade.” In 2017, Walgreen Boots Alliance announced a deal to buy half of Rite Aid’s stores for $5.2 billion, terminating a previous merger between the two companies that had come under scrutiny for antitrust concerns. The Office for Fair Trading fined Royal Bank of Scotland nearly £30 million after the bank admitted that confidential details of loans were given to Barclays by some of its staff, sparking complaints of anti-competitive behaviour.

Antitrust and competition law takes place when fighting competition becomes extreme and unjust, both to competitors and consumers. Embracing competition—or competing in a reasonable manner—can benefit everyone involved, giving definite backing to the laws that maintain such a market.

The Journey To Becoming A Social Enterprise