3 Keys to Branding as a Social Media CEO 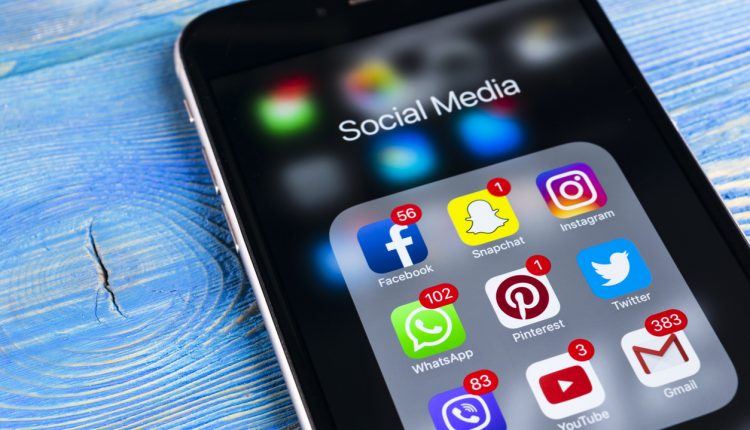 Being a Social Media CEO became a thing around 2012, when creative and inventive share-aholics realised that an online following meant they could monetise their content while influencing the masses. Whether it’s Instagram, YouTube, Twitter, Facebook or any other social media. Being an online, or social media influencer has now transformed what was once a hobby, to a full-time job. It now stands as its own industry, and like many industries, as a CEO there’s some key practices to follow.

Being an Social Media influencer involves reviewing, blogging, sharing images and videos, and pretty much hyping up any content that either directly or indirectly promotes with a goal in mind; whether it’s for the audience to like something or someone, for them to buy a product or at least be led to believe that product is ‘cool’ or useful to them, or for the audience to buy into a certain culture or belief. When you put it like that, it’s essentially propaganda of the modern day, but we no longer need to rely solely on news outlets.

Most of these, be it gaming, tech or fashion channels, are run by individuals who love to talk about what they’re passionate about. But to keep growing their following, maintain interest and make money as an influencer, each one of these has to work on their brand, their image, maintaining their digital signature day in day out, and for some this can even mean ‘staying in character’ 24/7, simply to meet the needs of their audience. The same goes for those with huge twitter or Instagram followings.

Below are three practices all those interested in making it to the top of the game as a social media influencer should be following.

‘Making money on Instagram and getting lots of free stuff’ isn’t going to cut it. This is now a legitimate business, so you need to set specific achievable goals, with action plans and schedules, these have to be small and achievable, but there’s also no harm in dreaming big. Planning goals is crucial, and simply keeping your options open isn’t going to help when it comes to building and maintaining an image.

In the beginning aiming to get more followers is very realistic, and the more you get, the easier it becomes; it’s called the circle of influence and it’s your biggest weapon in expansion. As you plan towards your next 1000, understanding your current audience before obtaining more is a good step in the planning process. If you have an idea in mind of what you want your lifestyle, and therefore channel, to look like in future, you’ll be able to assess what’s working and what’s not, what your current audience likes and doesn’t, and adapt accordingly.

Having a professional looking profile picture, some snazzy graphics is very helpful, but integrity in your brand is also very important. For most, the lifestyle they promote on their channel or page often naturally reflects the people they are, the things they like, and what they enjoy most, and vice versa, these are influenced by what they want their channel to look like.

Basically, make sure that when you wake up in the morning your aim is, as an influencer, spokesperson and brand ambassador for yourself, to consistently align your words, moves and actions with your brand. Doing this will draw in those interested in your brand, it will grow trust and relationship with your audience, and help you avoid bad press circumstances such as the recent Logan Paul incident; the worst things could happen is your followers decide you’ve ‘sold out’.

Keeping the tap open on a continuous stream of entraining content is tiresome and requires very creative thinking most of the time. But keeping each and every follower hooked to your page is important in making sure they remain interested. Working with your clients (those that use you to promote and influence) does make this easier, but to be the best your own creativity has to stand out, and while ‘standing out’ is the hardest challenge, the world is your oyster and all it takes is a few ‘out of the box’ ideas.

On the other hand, going too crazy and ‘out of the box’ could be disastrous. Take one of the latest YouTubers to hit the news headlines, Logan Paul, who received serious backlash and back-turning after he showed the body of an apparent suicide victim in Japan. He ventured with some friends into the Aokigahara forest at the base of Mount Fuji, an area commonly known for its huge number of suicides. The video was shocking, and Logan Paul did appear to be shocked, but also made plenty of jokes with his friends, which was the focus of the backlash. This stunt, while creating interesting content, was poorly conceived and as a result cost him many followers, negative press and forced YouTube into removing him from their lucrative Google Preferred ad program, suspending his involvement in upcoming YouTube Red projects. A move which will not only cause damage to his brand, but also reduce his potential income significantly. Then again, Logan Paul was also recently reported as the most popular for 9-16 year olds in some countries.

Written by Richard Rossington at Tell Your Story UK