PharmaVentures: Experts in Deals and Alliances 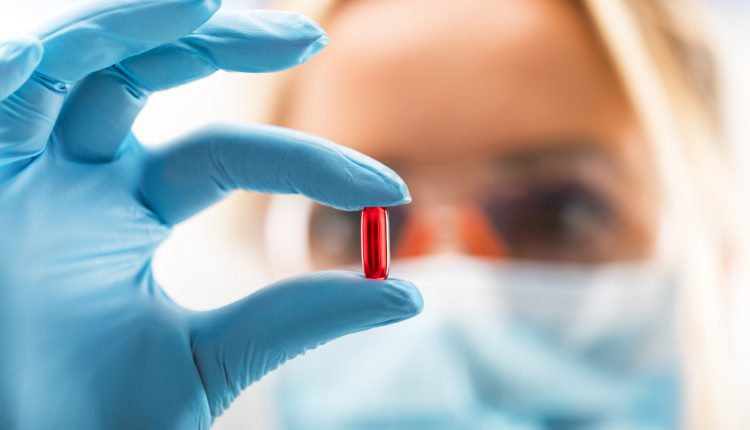 As Fintan Walton, the Founder and CEO of PharmaVentures, puts it himself, he was “fortunate enough to
be able to enter the world of pharmaceuticals when the explosion of biotechnology took off in the 1970’s and 1980s”. He was educated at Trinity College, Dublin as a geneticist and entered the world of biotechnology in the UK by joining Celltech, the first biotech in Europe, in the early 1980s. What Fintan finds fascinating about that period was that the technology being developed enabled scientists to really understand the basis of disease and hence, come up with truly break-through medicines as more and more biotech companies emerged worldwide. “Their research led to inventions and so the opportunity to license patents and do deals became a real driver in the biotech industry”. For our January edition, CEO Today spoke to Fintan about his company and deals in the pharmaceutical and biotechnology sector.

What attracted you to founding a company that assists pharmaceutical and biotechnology companies in all aspects of deal-making?

The emergence of biotech companies like Celltech in the early 1980s meant that innovation was now taking place outside the larger but older pharmaceutical companies who had focused largely on drugs based on
traditional chemistry. These larger companies needed to access these new innovations and so I predicted that there would be a rise in the number of biotech deals in the future. More importantly, it was clear that innovation supply and demand would become a global market. Although my background was in science, I always had a yearning for business. Thus, after 10 years in a largely scientific role, I wanted to
turn to setting up my own business. In 1992, I was introduced to an expharmaceutical executive called
Colin Clark who already had set up his own one-man consultancy. We had a similar vision and we decided to create a new company that focused on providing licensing and deal-making advisory services. I asked my wife whether she would be happy for us to sell our house in Oxford and put the equity into the business. Fortunately, she agreed and was very supportive, even though we now had to move into a rented one-bedroom flat with our one-year-old son. Sadly, one year after setting up the company, Colin passed away and I had to reduce the work force from 10 to 5 and rebuild the company on my own. Together with a group of very enthusiastic and talented graduates, I managed to do this successfully and four years later, that business became known as PharmaVentures. The company that has now grown into all aspects of deal-making, including M&A, Licensing and fund raising.

How did you attract your first clients?

Originally, we set ourselves up as Europe’s leading pharmaceutical business development consultancy and
and we then went out and targeted Japanese and US companies. We got interest immediately, as
back then, the European biotech and pharmaceutical industry was not really fully understood. Our clients in Japan were interested in innovation coming out of Europe and wished to access it, while in the US, the rapidly expanding biotech companies were seeking licensing partners in Europe. We had hit a real need in the industry. Since consultancy and advisory services can be cyclic, we decided early on to establish a publishing
division which produced high-value business reports and databases focussed on all aspects of dealmaking. This included a deals database call PharmaDeals, which we sold to companies in the industry such as Glaxo (now GSK). Five years ago, I sold that part of the company to a major NYSE US corporation now called IQVIA

What are PharmaVentures’ vision and values?

Central to our values are people. It touches every aspect of our business, from the dedicated talent at PharmaVentures to our clients and ultimately, to the patients that will benefit from these new
medicines. What you find in dealmaking is that it is really all about people. Although assets are the
subject of a deal, it is people who make deals happen. Deal-making is both rational and emotional
and to understand the drivers that make people put their signature to a contract is critically important. My job is to make sure that we have the right people at PharmaVentures that understand both the science and the business aspects, as well as how people are motivated to do deals.

How did you company move from licensing to M&A?

It wasn’t a large leap really. In the end, a business with innovation still requires experts who understand
innovation-related deals and how to do them. The first big deal we did was for Dow Chemical. They were already clients of ours in the area of licensing, but they needed to sell one of their manufacturing operations in the UK. We successfully sold it to an Indian company called Dr Reddy’s and that led to numerous sell-side deals with other large corporations. Following that, we recruited several people from investment banking and we were able to build our M&A business further. Recently, we created PharmaVentures Capital which is FCA regulated, enabling us to expand our services even further into regulated financial services, such as fund raising.

What difficulties do pharmaceutical and biotechnology companies typically face before or during transactions? How can these difficulties be overcome?

There are several difficulties that people face, but the most common one revolves around understanding the value of the asset and how that is perceived by the other side. Since a lot of the assets have still not reached the market, there is inherent risk that it still might not. Determining that risk can complicate the perception of value. Clearly, the asset has to be attractive, but its value has to be argued – whether you are the seller or the buyer. When we help our clients, we help them develop rational arguments for value.
We have developed advanced valuation techniques that have withstood the tests of time. When entering into negotiations, you need to be well equipped on how you are going to argue for price. Poor preparation for a sale and negotiation is a common difficulty.

Which factors arising from the due diligence process have the potential to stop a deal going through?

Negotiators often underestimate the degree of due diligence that will take place. A seller must ensure that there is an answer to every question and that every document is retrievable quickly. Delays in answering a question because it was unforeseen leads to doubts from the buyer. A common problem
that we have seen in our industry is the lack of sound scientific data. Credibility is key. If the seller or licensor is under the illusion that their data provides sufficient evidence for the potential of their product and it doesn’t, then the deal can stop dead. Connected to all of this is trust. Negotiation is about creating trust, after all the other side depends on it and if it’s not there – the deal can quickly dissipate.

What complex issues usually arise during a negotiation process and how are they overcome?

Dealmakers like to blame lawyers for creating complex issues which may be unfair, but often it is the wording in the contract that can give rise to disputes and ora potential change in the financial terms that were agreed at the heads of terms stage. Commonly, previously undisclosed facts that emerge at a late stage can scupper deals, even if they were never intentionally undisclosed. Again, this relates to trust – lose that and you lose the deal.

Where do you see the opportunities for transaction growth for coming from next?

The answer to that goes back to the thoughts I had over 25 years ago – it will be innovation. It is innovation that is growing at the fastest rate ever and for every piece of innovation, there is at least one deal! Added to that, we now have the cross-connection of innovations. This includes how advanced materials, electronics and devices are now feeding into the healthcare sector. Companies like Google and Apple are keen to move into healthcare and this adds a new exciting dimension.

Tesla Travels 1,200km On Single Charge Thanks To Breakthrough Battery