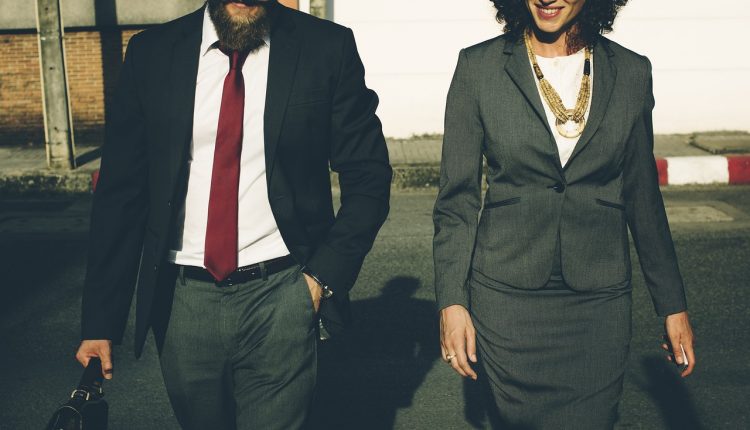 Employees within the accountancy and banking sectors across the UK have called for an end to the work ‘stress code’ as research shows that workers are being put through heightened stress due to a lack of clarity around what they are expected to wear at work.

According to a survey of 500 male and female accountants and bankers, commissioned by totaljobs, the average worker spends ten months of their life thinking about what to wear to work.

In addition to this, those within the sector will spend an average of £49 per month on clothes to wear for work. This is equivalent to £588 a year, or a phenomenal £27,636 over the span of their career.

Accounts and Bankers getting raw deal

Three quarters of employees (75%) find it difficult choosing what to wear for work, with 19% saying that the lack of a dress code leads to stressful decisions.

Surprisingly, 21% of workers feel pressure to dress a certain way because of company culture and a further 18% have also expressed that they have felt pressure coming from their managers.

The figures indicate that accountants and bankers are having to put up with unwanted opinions and comments when deciding what to wear to work, which appears to be a root of the a lot of this stress.

For example, a quarter (23%) of workers say they have been subject to unwanted comments about their appearance at work, 15% of which have been from the opposite sex. But overall, 13% of those polled believe there is a lack of clarity in the workplace about company dress code, and 7% have absolutely no sense of what management wants them to wear.

Dress down at your peril

The research also indicated that both men and women ‘dress down’ for work in the UK at their peril. A fifth (19%) of workers have been told they look ‘tired’ when they have dressed casually, with a further 10% saying they have been asked if they were sick.

Whilst it appears that workers endure a high pressure with their work wear, it’s agreed on the attire that is unsuitable to wear at work, with shorts deemed as the most unacceptable item of clothing to wear to work.

David Clift, HR Director at totaljobs, comments: “This study really indicates the uncertainty around dress codes within the education sector and how it is leading to greater numbers of workers worrying about what they wear and what it potentially says about them.

We hope that by revealing these findings, employers begin to understand how important it is to outline exactly what is expected in terms of the attire their employees wear to work. Ideally, this would contain specific guidance would help both male and female employees to feel more comfortable in what they wear at work. We are keen that employers actively look at ways to develop a gender-neutral dress code.”