Three of the World’s Biggest Asset Bubbles – Will Bitcoin be Next? 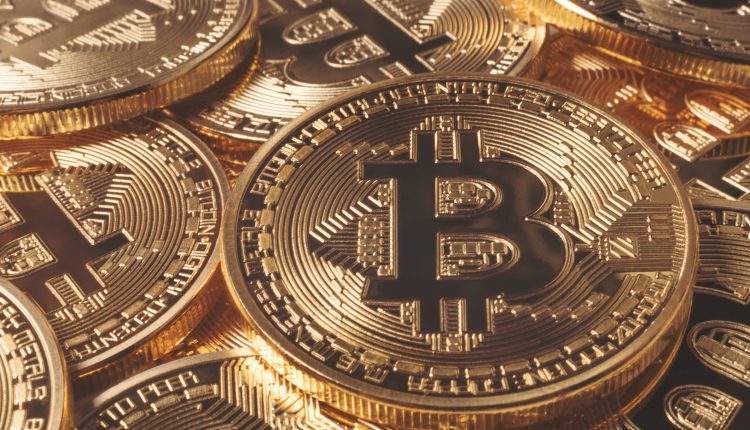 As anyone who is in the industry will tell you, when it comes to online trading, it is always a battle between two groups of people, the bulls and the bears. Bitcoin is no different, but both groups are so vocal in their opinions on whether it’s a bubble waiting to bust or an asset waiting to explode even higher.

Many of the naysayers compare the 2017 Bitcoin rise to the 1634 Tulip mania, whereas the true believers keep saying “forget the blasted tulips already!”

With that in mind, I thought it would be interesting to look at some of the past asset bubbles and see if there is a comparison.

Whenever anyone thinks of the 1929 Wall Street crash they usually only think of Black Tuesday and the devastation it caused and the 12-year Great Depression. They tend to overlook the build up to it and the massive bull run that the stock market went on until October 1929.

Like many things that are traded on the markets, the rise of US stocks at the time had nothing to do with their actual intrinsic value but with optimism.

The Roaring twenties brought with it a huge excess and decadence and a renewed belief in the American dream. Many rural Americans moved to the cities looking for fortune in the rapidly growing industrial sector and for the first time, ordinary people could invest in the New York Stock Exchange.

Hundreds of thousands of Americans invested massively into stocks by borrowing money. By the time the crash occurred, the total amount out on loan had reached $8.5bn – an amount greater than the entire sum of physical cash in the country.

For obvious reasons, the stock market went on bull run with the DOW Jones gaining more than 20% in just a 4-month period. Then, on October 29th 1929, as many investors started to face margin calls, panic selling took hold and markets crashed losing $14 billion in a single day. Following that day, the market did experience a few days of recovery but the bull market was over. By July 8th 1932, the Dow Jones had fallen to 41.22, reaching its peak back in September 1929 before the crash at 381.7. This huge market collapse had such a huge impact that the stock market never recovered to the same levels again till 1954.

Personally I can see a couple of similarities here. When Bitcoin was first introduced it was the tech savvy who were buying it as they understood it. The 2017 bull rally has been driven in many ways by the sudden growth of interest in Bitcoin by Joe public. Before the 1920’s, market speculation had only been for professional traders. With increased optimism, most Americans joined the trading band wagon to make their fortune. We are seeing it again, those who don’t really understand Bitcoin are buying in on the back of hearing stories of people who have made millions by buying Bitcoin early on. One of the differences of course, is though the Bitcoin CFD market is growing, the bulk of Bitcoin’s rise has been due to people buying it physically, so margin calls will inevitably affect the relatively small CFD market. However, like everything, Bitcoin can still be subject to panic selling which could occur at any time.

“The Sun never sets on the British Empire” as the famous saying goes and during the 1700s the British were living in a time of prosperity. Many Brits found themselves with money to invest and looking for the ideal opportunity. The South Sea Company which had purchased the “rights” to trade in the South Seas was one such opportunity. At the time, there were very few companies offering stocks and with well-known success stories of other trading companies, like the East India Company, public appetite for buying stocks in the SSC skyrocketed. The belief that trading with South America would bring riches galore pushed the SCC’s stock price to a high of 1000 pounds a share.

However, there was a big problem.

Thousands of individuals were in financial ruin; it is also said that Isaac Newton who had shares in SCC lost 20,000 pounds or about $3 million in today’s value.

Similarities to the Bitcoin Rally?

First, the success of Bitcoin has lead other cryptocurrencies to also rise, with new ICO’s being launched on the weekly basis. The hugely successful East India Company making massive profits on a yearly basis, you can see how some would have thought the South Sea Company would do the same.

The South Sea company’s undoing was the fact that its basic function of trading with South America was never actually going to happen due to Spain’s dominance in the region. Bitcoin’s main function is to make payments for anything all over the world and be the currency that everyone can use without any interference from the banking community. But like Spain preventing the SCC, do you really think that all the central banks will let Bitcoin take over without their control?  The major difference of course is that Bitcoin has already survived tough restrictions implemented by Russian and Chinese governments, but only time will tell whether it could take on global restrictions.

Ok, Bitcoin bulls are going to hate me for bringing this story up but hey – forgive me. Tulips were first introduced to Holland from Turkey at the end of the 1500s. The new flower became a must have and that resulted in prices rising for this exclusive bulb. Soon the price of tulips was rising so fast, people were selling their land and assets just to get their hands on more bulbs, thinking they could sell it on for huge profits. Mania gripped the country, then came the speculators and tulip contracts that traded on the futures market. Then there was a bout of profit taking, which was quickly followed by panic selling. And as the prices fell lower and lower, real fear gripped the market as people realised that they had given up almost everything just to buy a bulb. Future contracts were not honored and many people went bankrupt. The Government tried to step in but it was too late, it was over.

At the height of its price, Tulip bulbs were selling for the value of a large piece of land, 10 times more of an annual income of a skilled worker. After its collapse, it cost as little as an onion.

Similarities to the Bitcoin Rally?

Bitcoin bulls, hold your breath. Though I do see some parallels in what happened in Holland in 1622 to Bitcoin’s amazing bull run in 2017, I also see many differences. First, you could say what we are seeing is a bit of a Bitcoin mania at the moment and of course, we have seen a dramatic crash with another cryptocurrency this year: Ethereum fell from $319 to 10 cents before bouncing back up in June, which is of course similar to the collapse in the value of tulips back in 1622. In my opinion when the Bitcoin bubble does finally bust and it will like everything else eventually does, I for one cannot see it falling so low that it becomes worthless. Like the Tulip mania, the real question many analysts are asking is “what is Bitcoin’s intrinsic value?”.  Fundamentally speaking, Bitcoin is not really affected by economic events or company performance but on how much someone is willing to pay and for how long the demand will continue to rise. Now, like the tulip mania first started, when bulbs were being sold physically, it was one of the leading exports for Holland. As prices rose speculators jumped in and prices continued to skyrocket and then…. bust. Now, as I mentioned already, Bitcoin is designed to be used as a form of payment. Recent highs have been caused by investors not looking to use it for its intended purpose but for making a profit by speculating. This is where I see the problem. When those speculators go to cash in they may find that their banks will not accept the transfer back. If that does happen, then, like the tulip bubble, you could see a massive rush for the exits and Bitcoin will fall like a stone. However, as I have said, I don’t believe for a second that it will become worthless and I think that Bitcoin is here to stay. Furthermore, it does have a purpose which I feel more people will eventually use it for what it was designed to do, which should help hold its value.

Risk warning: Forward Rate Agreements, Options and CFDs (OTC Trading) are leveraged products that carry a substantial risk of loss up to your invested capital and may not be suitable for everyone. Please ensure that you understand fully the risks involved and do not invest money you cannot afford to lose. Our group of companies through its subsidiaries is licensed by the Cyprus Securities & Exchange Commission (Easy Forex Trading Ltd- CySEC, License Number 079/07), which has been passported in the European Union through the MiFID Directive and in Australia by ASIC (Easy Markets Pty Ltd -AFS license No. 246566).