The Entrepreneur: Meet the Founder of Jobbatical – Karoli Hindriks 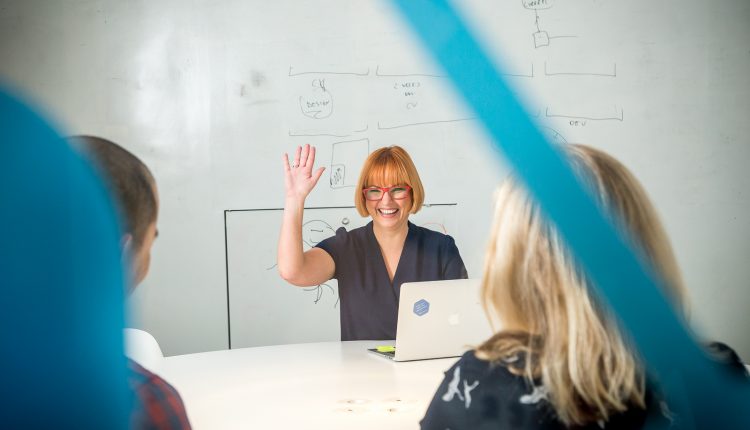 Karoli Hindriks is the Founder of Jobbatical, a marketplace that connects globally minded companies with a community of ready-to-relocate business, technology and creative professionals. Karoli is also the youngest Estonian inventor that had a registered patent, the youngest CEO MTV has ever had, she’s a mother and the definition of a tirelessly and passionately driven entrepreneur! CEO Today had the absolute pleasure to talk to Karoli about her whirlwind journey, her passions and inspirations and of course, Jobbatical.

What was growing up in Estonia like? How was your entrepreneurial spirit born?

After Estonia got back its independence from the Soviet Occupation twenty six years ago, everybody in the country had to start from scratch. Every adult was given 150 Estonian kronas (an equivalent of approximately 10 Euros). One had to be entrepreneurial to build a life and a country out of that! I think there were several smart decisions that helped move the country ahead fast, and enabled a future where twenty six years later, it is one of the most technologically advanced societies in the world. I believe that the things that led to this are transparency in the governance, the fact that he country was built up from scratch, using the most modern technologies and Estonia’s openness to the world – the country has been embracing foreign investment and movement of skilled people. I have had the chance to witness entrepreneurial spirit from the time when the word “start-up” did not even exist, up to now, when, according to research, there are more start-ups per capita than in any other European country.

I think the keywords when talking about setting up a start-up are simplicity and great user experience. I was in a café when I started Jobbatical and it took me about 10 minutes on my laptop to do it. Starting your own business and maintaining it is so easy, with the corporate tax being 0%. In Estonia, there are no excuses not to become an entrepreneur!

At the age of 16 you became the youngest inventor in Estonia that had a registered patent – can you tell us about your first start-up and the things it taught you at such an early age?

My first venture started from a school project. We had to create a student company and were brainstorming product ideas. As I come from Northern Europe, where days are very short between October are March. During this time of the year, it is very dark outside for most of the time and traffic safety is an issue, especially for pedestrians. I came up with an idea to use the reflective fabric to make fashionable reflectors for young people. My late father encouraged me to go to the patent office. It turned out to be a unique idea and I became the youngest inventor of my country. His encouragement in many ways opened my eyes to the fact that although was a 16-year old girl from a small town in Eastern Europe, I was able to make a difference (and that my dad believed that I can make a difference!). I then decided to start a real company and to produce and sell those reflectors. This then became my first venture.

How did you end up becoming the youngest CEO MTV has ever had? What followed after your appointment?

Oh that is one interesting story! When MTV Baltics was set to launch, I initially agreed to help the Lithuanian founding team with marketing and PR for the Estonian market and do that in parallel to my reflectors business. But around half a year after the launch, I was offered the MTV Estonia CEO position. I was 23 years old, had no prior media industry experience, but I decided that this is something that I could learn and figure it out! And so I did it, together with the team, we put MTV Estonia together. We even managed to get one of Estonia’s young garage bands, Bedwetters, whom we had launched on MTV Estonia, to win a MTV European Music Award and perform on the big stage of the MTV EMA 2007 gala in Munich. This certainly was a great experience both in terms of team building and getting a glimpse of the show biz scene.

The concept behind Jobbatical is so cool! How did you come up with the idea? What was the process of setting up the company like?

I got the inspiration for Jobbatical when I was part of the Singularity University study programme in the Silicon Valley. I began asking myself: why are amazing companies emerging from here and not anywhere else in the world? The answer I realised was the knowledgeable people who are drawn to this location. So I thought to myself – what if we inspire knowledgeable people to discover their dream locations in the far-flung cities by moving there for a career journey? Instead of taking a 2-week holiday in a dream location, they could experience the life that locals lead by spending a few years there working. I then began working on that idea in 2014, which resulted in launching the company at the end of the year. Setting up the company technically was simple– it took me ten minutes online. But of course the first year was challenging, since in that early stage you just have the idea and no understanding if that will actually work. I found my first angel investors in Finland, and then later on more investment came from Russia, UK, Estonia and Latvia.

What has been the company’s key achievements thus far?

We are currently connecting talent from all around the world (besides North Korea and Chad Africa) to organisations across 49 countries. Last week I heard a story from our Colombian engineer, who moved to Estonia to join our team. He hosted a couch-surfing marketer from Mexico in his Tallinn apartment, who was randomly visiting Tallinn for a day. It turned out that the Mexican man had just returned from Malaysia, where he moved through Jobbatical. He feel in love while he was living and working in Malaysia and he and his partner are now together, living in Denmark where he will continue his studies. Seeing how our work changes the lives of people is definitely Jobbatical’s key achievement thus far.

In your opinion, what is the impact that technology has on the younger generation nowadays?

It would be probably easier to ask: what impact technology has not had on the younger generation! When we talk about the talent mobility, then one change we should look at is how friendships and relationships have changed. Both were previously very much connected to your geographical location, but thanks to global networks, they have expanded. People are connected through the verticals of interest rather than location. This means that we have become much more comfortable with different cultures.

What are your goals for its future?

With Jobbatical, we want to become the one-stop platform for working/hiring cross border. I want to see millions of people finding teams abroad and working where they are happy, instead of working where they were accidentally born. And on the other hand, I want any place with a great team to have a chance to build a global company – be it Penang Island in Malaysia or Tallinn in Estonia.

I am the kind of traveler who generally gets fascinated by any culture and location. The first places I normally explore, even on a business trip, are the grocery shops – I love grocery shops in different cultures!  If I have to choose a few dream locations, then I’d go with Japan, Singapore, Australia and the outskirts of Florence, Italy.

Who/what is your main inspiration in life? Why?

I love people’s stories and there are plenty of stories that have contributed to my life, but there is no greater inspiration for me than my 4-year-old daughter Maya. Following her learning journey has been the most eye-opening experience in my life to date and it has given me so much confidence in the future of humanity.

What is your advice for young entrepreneurs?

Saying ‘no’ to anything that does not help you to get closer to your goals. I have learned how to become the master of saying ‘no’ to anything that does not help my business. And I learned it the hard way – with my first business, I became famous very fast, and suddenly I was constantly asked to speak at events, meet people who needed mentoring, give interviews to a range of media platforms, which were totally unrelated to my business. At some point, I realised that I simply do not have the time to actually run the business that I was talking about anymore. Being focused and saying ‘no’ has also meant in reality, that I have not seen many of my friends since I founded Jobbatical. But that is the sacrifice of keeping yourself focused.

Jobbatical connects innovative companies with top tech and business talent around the world.

The company’s mission is to think beyond borders and help the world work together. Building a globally competitive company in a networked age means you’re constantly competing for the best people. Imagine building a truly diverse team of tech and business talent from all over the world. Talent is mobile. Don’t limit your hiring to whoever happens to be available in your neighborhood—inspire the best people from anywhere to join your team. Jobbatical helps companies advertise their jobs to an international candidate pool ready to relocate. Jobbatical is an all-in-one jobs marketplace, providing everything from company branding solutions to immigration support.