One in Five UK Workplaces Allow Pets in the Office 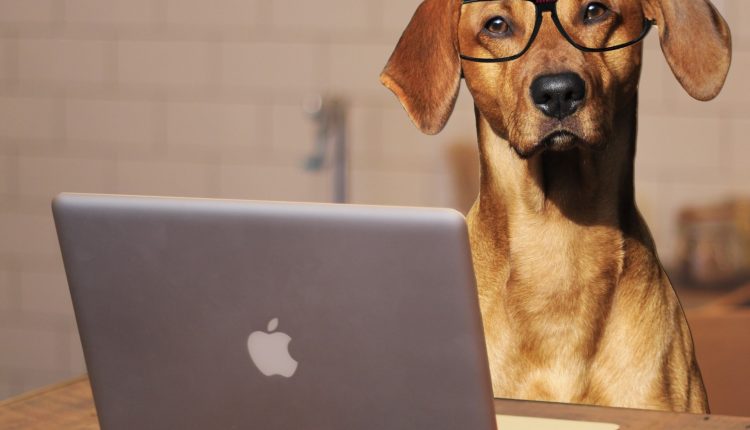 According to new research, one-fifth of British workplaces now allow employees to bring pets into the office, yet a similar proportion (22%) of workers have complained about the furry companions.

The survey by online job board CV-Library found that when it comes to the personal effect of animals in the workplace, there is clear evidence of a “gender pet gap”. According to the data:

The result of the “gender pet gap” led to a shocking 12% of British men admitting to complaining about pets at work, in stark contrast to virtually no female complaints (1%).

In the eternal battle between cats and dogs, canines rule the workplace – making up 87% of all “professional” pets. Cats are clearly an unpopular option at work with only 5% admitting to having a feline in the workplace, and rabbits coming in third with 2%.

Across the country, London, with its trendy, mutt-ropolitan co-working spaces, leads pet allowance in the office with 27% of workers admitting to having them in the office. The South East (24%), Wales (22%) and Northern Ireland (22%) follow close behind. The East Midlands and the North East are the keenest to keep pets at home, with 91% and 87% of workplaces saying no.

In general, nearly half of Brits would like to see more workplaces allowing pets, but 20% suggest that strict policies from HR should be in place.

With bringing animals into the office becoming a growing trend, employers should sit up and take notice. 28% of Brits suggested that they’d be more likely to apply for a job if they have, or were allowed to bring in, furry friends in their working environment.

Lee Biggins, founder and managing director of CV-Library comments: “With one in two households owning a pet in the UK1, it’s clear to see the attraction and convenience of bringing them with you to work.”

“Our new research shines a light on the latest HR trend that many businesses are implementing to stand out from the crowd and attract the very best recruits. It seems to be working, with women being more favorable to the trend. As long as clear protocols are in place for pet ownership, it is set to have a positive benefit to employees and those around them.”

Most Recent
By CEO Today On Nov 7, 2017
CatsDoggoDogsFurryOfficePetsPupper
Share FacebookTwitterGoogle+EmailPinterestLinkedinTumblr