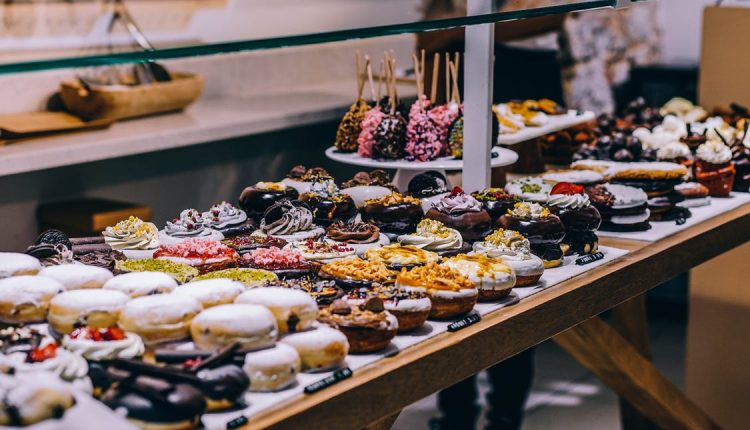 The daughter of a second-generation Danish baker, Kirkegaard—now president and CEO of CSM Bakery Solutions—spent much of her early years inside and around the two bakeries owned by her father, Hans Kirkegaard and her mother Ketty.

“My dad took over his father’s bakery at the age of 20 and purchased a second one when I was very young,” she said. “On a typical day, he’d begin his baking as early as 2 a.m., and my mother would open the shop at 6 or 7 a.m., and he would take over watching me from there. Much of my childhood revolved around our bakeries.”

Kirkegaard has fond memories of her time in the business—helping out when she was as young as 11 by taking the occasional shift or doing special tasks. Through her high school years, she was a fixture at the stores, taking over for her parents after school and often working weekends.

As she reflects on her roots in the business and her current position at the helm of a global company with sales exceeding $2 billion, she recognizes that her path back to that world was not straight. For more than 20 years, she worked in different areas of the food industry, holding sales, marketing and executive positions at Carlsberg Group and Unilever.

“I have always enjoyed this industry and I’ve certainly seen it from many sides,” she said. “When you consider that the products I’ve marketed or sold have included beer, ice cream, tea, soda, soups, sauces, spices and margarines – not to mention Unilever’s extensive non-food range of offerings, among other things—that is pretty broad. Now, when you add cookies, cakes, muffins, donuts, icings, fats, fillings and many more, it’s a lot!”

For Kirkegaard, the decision more than five years ago to join CSM, a recognized global leader in bakery ingredients, products and services, was made easier because the company was in the food industry, but her choice was primarily based on the challenge and opportunity she envisioned when being asked to help lead the company’s transformation.

“When I looked at CSM, I saw a company in a familiar space that offered me the opportunity to learn and grow as a professional and have an impact on shaping the strategies to do something special,” she said. “When I started, CSM was three separate companies (one in Europe and two in the U.S.), with three boards, three different cultures and a big challenge—to transform all of them into one global company that worked collaboratively, cross-functionally and across geographies.”

In many ways, Kirkegaard and her team were the “tip of the spear” when it came to helping to create the identity that today is CSM Bakery Solutions. When the new company was formed, she served as its senior vice president of Products and Marketing, and one of her first and largest challenges was to help create the CSM brand and brand promise.

“It’s rare one is given the chance to create the story and new ‘look and feel’ that will be used to represent a company for years to come, but that was the challenge our new owners, Rhone Capital, gave us,” she said. “Thankfully, we weren’t starting with a blank sheet of paper. CSM was well known, was respected, and had a rich and proud history that we were able to build on. Even with all that, however, bringing the company together required us to tell our story in a new way.”

Working with a broad cross-section of colleagues across that business that included front-line employees, business leaders, and technical experts, the team developed the brand position of “Connecting the world of baking.”

“CSM is unique in that, as a company with a heritage of being both business people and bakers, we play in almost all areas of the fresh-baked goods chain,” Kirkegaard said. “So we created the very simple narrative that at CSM, we Connect. Bakeries and business people Create. People everywhere Enjoy.”

As CSM was developing its new story, the business leaders also were tasked with creating and launching a set of values that would resonate with its global employee base of more than 7,000 colleagues.

“The values we launched were the result of work done with our colleagues in all areas of the business around the world,” she said. “The team leading these efforts took great pains to test, refine and, where needed, change our values so no matter what your role in the company might be, you could understand and apply them every day.”

Just over a year ago, while working as CSM’s SVP of Sales and chief commercial officer, Kirkegaard was asked to lead CSM as its president and CEO. “It was really the people at CSM that made this opportunity the most exciting,” she said. “We’ve built a unique culture and are fortunate to have colleagues who are engaged, loyal and incredibly talented. It also helped that these were people I had worked with through some very difficult challenges—so I knew we could succeed together.”

Often, a company’s new leader is granted a “honeymoon period,” but if Kirkegaard enjoyed one, it was brief. Shortly after assuming her new role, she made — with the new leadership team — a number of significant changes to the company’s strategy and structure to address some of the more pressing challenges CSM faced. Among the changes were de-risking the company’s ambitious ERP system transformation, adjusting and re-calibrating plans for CSM’s manufacturing footprint, and regionalizing the sales, manufacturing, human resources and integrated supply chain functions. Over the course of her first year she also oversaw the sale of the company’s distribution business (BakeMark) and executed two global restructurings to right-size the company.

While the scope and pace of the changes were certainly substantial, they also were necessary to bring about the changes needed to stabilize and grow the company, according to Kirkegaard.

“Change is never easy but, in my experience, it’s best to make it sooner rather than later,” she said. “In our case, we knew what needed to be done, and I was fortunate to have an experienced leadership team that could not only implement these changes but also explain the ‘what and why’ to their own people to help ensure the changes were understood and lasting.”

Looking to the Future

Although she has already put many changes in motion, Kirkegaard is looking to create a CSM that is well-positioned to succeed in a global and dynamic market.

“Our strategy will be to play to our strengths and place our emphasis and resources in areas where we are truly differentiated,” she said.

Kirkegaard also recognizes that the key to CSM’s success rests almost entirely with making sure its customers are getting what they want.

“We’re fortunate to have strong relationships with our customers around the world,” she said. “We must make certain we are adding value to them through our strong core of products, quality, and innovations. They need a reason to keep coming back!”

An area that presents great potential for CSM and its customers is licensed products—which CSM has been driving for many years – and among a long list of innovations, the company’s recently announced agreement to partner with a leader in 3D printing is certainly noteworthy.

“We’re very pleased with the success of our licensed products such as Hershey’s cakes and Oreo donuts, and we’ve recently expanded those agreements globally,” Kirkegaard said. “In partnering with 3D Systems, the concept of bringing 3D printing to the world of culinary represents an exciting innovation, although we’re barely scratched the surface on that one. We’ll see.”

As for her role in all the changes, Kirkegaard believes the CEO owes it to the organization to walk in front and lead the change.

“Change won’t happen on its own, and the leader should champion it,” she said. “When there are tough calls to be made you need to be willing and accountable for the consequences—good or bad. You can’t shy away from making changes, and it’s important to have the self-confidence and professional courage to act.”

When questioned on the “best” piece of advice for CEO Today’s readers, Kirkegaard was challenged to settle on one—and offered three—one for her CEO colleagues and two others for all business leaders:

In reflecting back on her family’s history in the baking business, Kirkegaard takes great pride and pleasure in the comment made by her father when she told him that, after more than 20 years in the Consumer Packaged Goods (CPG) industry, she was taking a new role in the baking industry.

Her father smiled and said, “You finally got a real job!”

5 Things Business Leaders Should Look At When Developing Customer Experience…