Digital Vs Paper: A History of Printing, In House and Outsourced 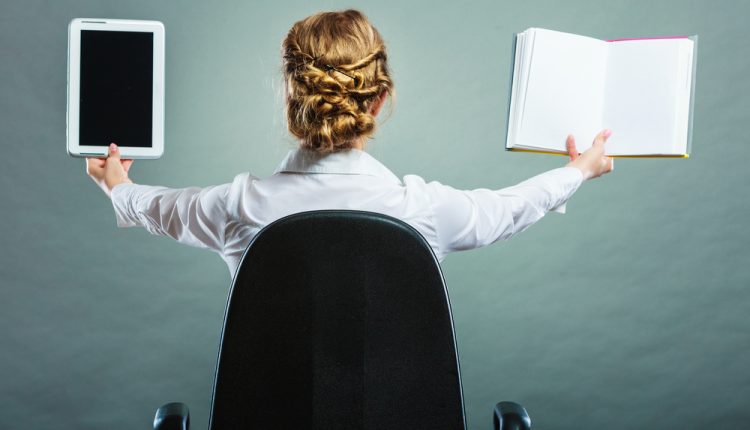 You’ll likely remember your office in the 90s had a couple of printers, or even a printer room. Did the digital age simply eliminate the need for paper printing, or did we just adapt and begin outsourcing fa more? What does the cost dynamic look like for different types of business? Here James Kinsella, Co-Founder of instantprint, an online business printing platform, delves into the past decade of printing evolution and what prospects the future holds.

Over the last 10 years the print industry has undergone significant change. The number of firms in the market has decreased by more than 25%, yet the average size of the printers remaining has grown by over 20%. Developing technology has changed the industry both on the demand and supply side. For the consumer, it has made it easier to purchase, reducing time and costs associated with procurement. At the production end, it has made printers significantly more efficient. At a top level, this means that even for large corporations the balance between in-house and outsourced printing is changing.

A proportion of this change has stemmed from the fact that print is increasingly competing for space with digital, yet changing technology has also opened up print to businesses or areas that were previously priced out. Online procurement, whether it be though an online printer, APIs or a company specific internal site has significantly reduced the transaction cost. Both the prevalence of desktop publishing software and online design systems have made preparing artwork easier, so employees with limited design or print experience can order easily across their businesses. For smaller orders, the artwork element generally represents a huge proportion of the total cost of the jobs, a cost now significantly reduced by technology. The impact is large numbers of businesses and projects that were previously priced out of print are starting to use it more often and for more purposes. The ability to set up or source your own artwork has essentially removed a step out of the purchase journey, making print far more accessible and lessening the need for in-house teams to constantly update print materials.

On a supply side, the last ten years has seen the industry shift toward industrial rather than craft industry style production. Modern print production facilities now more closely resemble an automotive production line than a craft industry workshop, which explains why printing firms are rapidly growing in size. A recent study by a German university suggests that this industrial style print production reduces costs to 30% of those face by traditional commercial printers. At the same time, digital print technology has closed previous quality gaps against litho and has made commercial quality print accessible at much shorter run lengths.

The perception then – that changes in technology are suppressing print – aren’t necessarily correct; instead they are changing how businesses use and expect it. Average print runs are getting shorter as marketing becomes more targeted and turnaround times are faster fulfilled by increasingly efficient production facilities. The traditional values of in-house production services centred around cost saving, transaction costs and turnaround are the three areas that changing technology is impacting most. The challenge for businesses’ will be to establish what value their in-house production is adding to the chain and what this is worth.

Print management companies are also facing challenges with this rapidly changing landscape. The increased prevalence of large print managers in the early 2000’s grew from a promise of expert knowledge of the print market and better buying power than in-house print buying teams. This however, relied upon asymmetric information which changes in technology have largely eradicated.

Perhaps the biggest opportunity (or challenge) for businesses comes from online custom procurement portals that are now being put into many larger businesses. Generally, these come in the form of a custom website that allows individuals within the business to order print from pre-set templates where stock choices, quantities, even fonts and colours can be controlled centrally. These systems are allowing the speed and cost savings of ecommerce print to enter larger businesses by adding a layer of central control similar to when businesses were investing in their own printing facilities.

Possibly then, the role of the in-house print team will evolve and instead of focusing on production, will be on refining their central control? Whichever way the future of print is heading, the relationship between businesses and producers is certain to be driven by businesses bridging the gap between buyers and suppliers for faster, cheaper and more efficient print procurement.