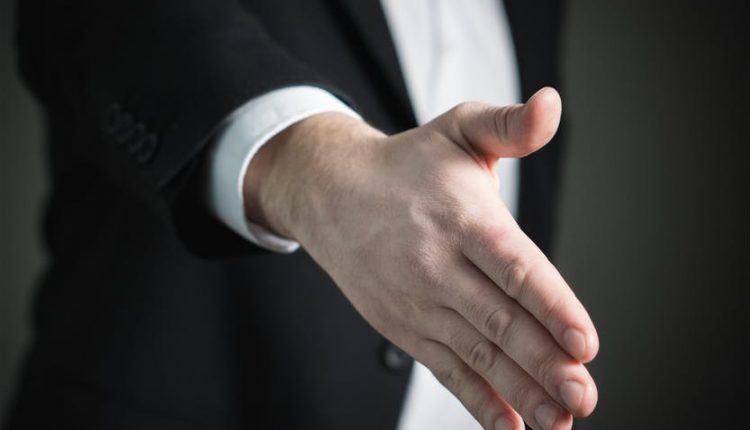 For our monthly Completing the Deal feature, CEO Today reached out to David Lamb – Hong Kong-based Partner and global Co-Chairman of leading international law firm Conyers Dill & Pearman. The company’s impressive client base includes FTSE 100/Fortune 500 companies and other major corporations, international banks and financial institutions. The firm advises on Bermuda, British Virgin Islands, Cayman Islands and Mauritius laws, from offices in those jurisdictions and in the key financial centres of Dubai, London, Hong Kong and Singapore. Conyers’ Client Services also provides registered office and corporate secretarial services, as well as specialised trust and management services. Here David tells us about his practice within M&A and recent transactions that he’s worked on.

Can you tell us about your practice?

My practice centres on mergers & acquisitions including amalgamations/mergers, schemes of arrangement, tender offers, squeeze-outs and anti-takeover measures such as poison pills or shareholder rights plans. I have been involved in a number of award winning M&A transactions involving Bermuda, British Virgin Islands and Cayman Islands companies listed on the world’s major stock exchanges including HKEx, LSE, Nasdaq and NYSE, some of which have been hostile.

I have been invited to be a speaker at several M&A conferences and I am the author of numerous articles on corporate law which have been published in such journals as The Company Lawyer, Butterworths Journal of International Banking and Financial Law, Accountancy, The Law Society’s Gazette and The Hong Kong Lawyer. I am a contributing editor to Negotiating and Structuring Acquisitions in China (published by Aspatore Books, a division of Thomson Reuters); Professional Conduct and Risk Management in Hong Kong (published by Sweet & Maxwell); and Cayman Islands Company & Commercial Law (published by Sweet & Maxwell).

What attracted you to specialising in M&A?

Structuring public company M&A deals, the acquisition of control, the management of strategic change, the legal relationship between boards of directors and their shareholders all provide a fascinating paradigm and fertile ground for creative, imaginative thought and, occasionally, legal innovation. Law is a fascinating tool and I have always been interested in corporate strategy and financial strategy because they allow creativity so creativity is the magic for me. I also enjoy the gladiatorial cut and thrust associated with M&A (particularly hostile takeovers) and contentious corporate work. I live in the borderland between our corporate departments and our litigation departments!

What are the unique challenges of assisting your clients with planning their M&A strategy, considering the ever-changing nature of the sector?

In the context of a particular transaction, the balance between legal risk and commercial objective can be a fine one. In most cases, shareholder approval is required and this introduces another dimension of investor relations, rights and remedies. There are also broader market challenges. Everyone is chasing value within a condensed timeframe.

What are the common challenges that arise from a merger that a company should be aware of before they embark on the merger process?

From a commercial perspective, with strategic M&A the post-merger integration and the realisation of synergistic and other benefits arising from the merger to the maximum extent can be a greater challenge than anticipated.

Financial M&A has been driven by the large PE firms chasing returns for their own investors. These deals can involve significant group restructuring with asset sales, trade sales or re-listings providing the exits.

From a legal perspective, the recent trend in financial M&A has been in favour of shareholder activism where shareholders are increasingly prepared to question boards and independent financial advisors and, in the context of mergers, to exploit the value gap between the buy-side price and the judicially determined fair value of their shares by exercising any statutory appraisal rights. We have also seen cases being brought by the plaintiff bar in the United States although the cases have not been well pleaded.

Due diligence is clearly paramount before an acquisition. How do you advise clients in this regard? What are the critical factors you look for pre-acquisition?

This obviously varies from sector to sector. Materiality thresholds also vary as do commercial sensitivities and the need for regulatory approvals or clearances. The trend has been to red flag reports for a while now.

You advised Trina Solar Ltd. on its US$1.1 billion privatization – can you tell us a bit about the transaction and the key challenges that you and your client were faced with?

We were instrumental in pioneering the use of the merger technique in privatisations when we advised Tongjitang Chinese Medicines back in 2010/11. The TCM privatization was a landmark deal as it was the first privatization of a Cayman company listed on a U.S. stock exchange to use the merger provisions in the Companies Law which were only introduced in the Cayman Islands in 2009. There are numerous benefits to using this structure including potentially a lower shareholder approval threshold, as well as avoiding the court process required by a traditional scheme of arrangement. Since then the vast majority of US offshore deals have been structured as merger deals.

We structured or designed the Trina Solar transaction as a merger deal but in the light of the recent increase in the exercise of appraisal rights by minority dissentient shareholders. The technical changes are subtle, yet substantive. Trina Solar is the first in this new wave.

I’m afraid I can’t disclose specific deals or cases but I have a heavy deal list which is pretty much more of the same.

We are also involved in law reform to make the use of Bermuda, BVI and Cayman Islands companies more efficient.

What do you think the next 12-24 months hold for the M&A market?

The recent increased emphasis on national sovereignty, the growth of populism and democracy, probably as a result of the perceived failure of globalisation in some quarters, has the potential to disrupt the cross-border M&A market. Geo-political risks around the world also feature high on everyone’s list of concerns but I’m sure mergers and mega-mergers will continue to be done!

What’s your piece of advice to CEO Today’s readers?

Pursue your passion and the distinction between work and play will vanish. Life is an adventure and we should have no fear of embarking upon it. Change is often feared but is also often your friend!

An agreed strategic vision and a collegiate culture are more powerful motivators for any team than a traditional hierarchical system. Law ceased being a vocation many years ago and it is essential for business techniques to be applied to the practice of law and for lawyers to add value.

Andy Bond To Step Down As CEO Of Pepco Group

COP26 And How Businesses Need To Respond