Should Smoke-Breaks Be Banned, or Fresh Air Breaks Allowed? 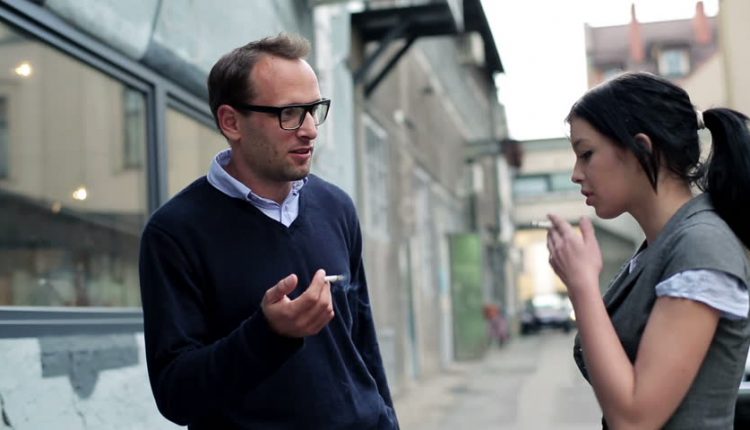 According to a recent survey conducted by Flavour Boss, they had found 80% of people don’t think it’s fair that smokers get breaks but non-smokers don’t whilst 58% of people think that non-smokers should get regular fresh-air breaks at work.

While smokers could argue five minutes here and there doesn’t make much difference to the day, it all adds up to one significant cigarette social event, and non-smokers aren’t invited.

But if smokers get cigarette breaks, shouldn’t it be fair that non-smokers get fresh-air breaks during work?

So what are the arguments? Here are the outlines for and against having fresh air breaks in the workplace:

The case of having fresh air breaks

Everyone will be familiar with that flagging feeling you experience after a few hours’ hard work: your brain starts to numb, thoughts start to wander and procrastination soon sets in.

By taking regular breaks from an ongoing task, it has been shown in a study by the University Of Illinois that it can help to improve your ability to focus for prolonged periods of time.

So when you’re losing concentration and can’t seem to get things done, a fresh-air break could help you come back to the task refreshed and full of energy.

The modern sedentary lifestyle isn’t a good one. So many of us spend far too much time sitting a desk and too little time exercising.

But with fresh-air breaks that all changes. Encouraging everyone to take time to get up, stretch and walk around for a while at regular intervals, they’re the perfect opportunity for the more health-conscious among us to increase their daily step count.

In fact, a 2015 study from the University of Utah showed that engaging in light physical activity for just two minutes an hour could reduce the risk of an early death by a staggering 33%.

In today’s society it’s a choice that’s relatively frowned upon, so why should smokers get more breaks than people who decide not to?

80% of people in the Flavour Boss survey said they don’t think it’s fair that non-smokers aren’t offered the chance to take a brief break away from their post every so often. So, in the interests of equality, either we take the privilege away from smokers or we grant the privilege to everyone.

The case against fresh-air breaks

In a world where absolutely everyone is entitled to regular breaks, things are likely to get a little chaotic.

The chances of people being away from their desks when they’re needed increases. The whole concept could cause major disruption, with additional time being spent coordinating who goes on their break and at what time.

While most places have a designated smoking area, there aren’t many other options for going outside. And hanging out with the smokers is a sure-fire way to negate any of the positive reasons to take a regular breather.

More companies are investing in indoor and outdoor breakout areas for staff, but this isn’t a universal thing just yet. Until it is, fresh-air breaks may be a little tricky to introduce.

As they are, smoking breaks aren’t ideal. They cost companies around the world time and money, with smoking staff spending precious working minutes tending to their nicotine addiction every day.

Say the average employee smokes four cigarettes a day, and each cigarette takes five minutes to smoke. That’s 20 minutes of additional breaks a day. 20 minutes a day equates to one hour and 40 minutes a week. That’s more than 86 hours over a 12-month period. Essentially, it’s the equivalent of giving smokers around ten extra days’ holiday a year.

In this case, the focus should be on reducing the amount of time smokers spend away from their desks, rather than increasing that amount of time across the workforce.

Could vaping be the answer?

In 2015 Public Health England found that vaping is “approximately 95% safer to users than smoking” with “no evidence of harm to bystanders”. Legally, smoking and vaping are very different practices, so (contrary to common misconceptions) current laws on smoking don’t apply to e-cigarettes.

With the reduced health risks, lower costs for users and better public image associated with vaping, it shouldn’t be difficult to persuade smoking staff to switch. Combined with the right policy, e-cigarettes could eventually spell the end of smoking breaks, eliminating the issue altogether