C-Suite Members Could Have Personal Liability for Whistleblowing Claims 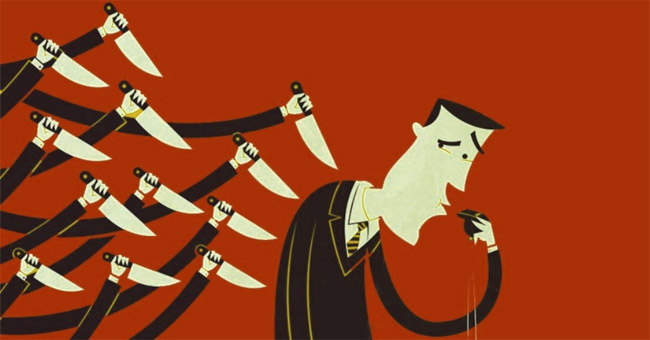 The broad scope of UK whistleblowing laws is a significant issue for members of the C-Suite. The risk and liability for C-Suite members has never been higher with members of this group increasingly being drawn into complex whistleblowing disputes. Here David Ashmore, council and Douglas Cherry, partner, Reed Smith LLP, talk to CEO Today about the legislation behind whistle blowing within a firm.

All UK employees enjoy whistleblowing protection from the start of their employment. The law protects employees from retaliation and dismissal on the grounds that an employee has disclosed information showing that one of a prescribed list of matters is taking place. This includes disclosing that a criminal offence is taking place, where there is a danger to health and safety, and information which tends to show that a company (or an individual member of the C-Suite) has failed, is failing or is likely to fail to comply with any legal obligation. The nature of their role is such that they are often front and centre when an issue of legal non-compliance is raised by an employee. The threshold for protection to apply to an employee is very low and there is no requirement for the disclosure to be made formally, or in writing.

The legislation takes a broad view of public interest (which is not defined). For example, an employee can even be protected if they make a complaint about their own employment contract if it could also be of interest to a broader group of employees. Disclosures can include complaints about promotion decisions, bonus amounts, and grievance outcomes. Once a disclosure is made (a so called “protected disclosure”) a disgruntled employee can use the protected disclosure legislation to strengthen their hand in employment negotiations. A disclosure which is made with the motive of pressuring the employer not to dismiss, or to offer enhanced severance on an exit, is still protected because there is no statutory requirement for a disclosure to be made in good faith.

An individual has the ability to bring a claim against both their employer and the C-Suite member who took the decision that is being challenged. There is no cap on the amount of compensation that can be payable for whistleblowing claims, and for detriment claims employees can be awarded significant injury to feelings awards. When assessing the merits of these claims, the focus of the employment tribunal (which has exclusive jurisdiction over whistleblowing complaints) is on the reason why an employee was treated as they were and the psychological process that was followed. That makes whistleblowing claims very difficult and expensive to defend and necessarily involves members of the C-Suite caught up in the litigation having to give evidence under oath and being cross-examined at the employment tribunal. Even if the claim is successfully defended there is very little prospect of being able to recover any of the legal fees incurred in defending baseless allegations.

There is therefore a huge incentive for employees to try to bring themselves within the whistleblowing legislation and to assert whistleblowing as the ‘real reason’ for any decision which they dispute (whether that is dismissal, not being promoted, performance management being commenced, or bonus awards). First, whistleblowing protection applies from day 1 whereas unfair dismissal law normally only applies after 2 years. Secondly, unfair dismissal compensation is capped at about £80,000, whereas there is no cap on whistleblowing compensation. We are increasingly seeing whistleblowing allegations ‎raised in the context of poor performance and exits, particularly where the employee worked in a sensitive business area and had access to confidential information which might relate to concerns about the company.

Many whistleblowing cases involve a situation where a senior employee receives unwelcome and unexpected negative feedback about their performance, or conduct, in circumstances where they thought they were doing a great job, and then looks around for some ulterior motive to explain that. The best way for members of the C-Suite to protect themselves is to keep a very clear audit trail of the reasons for making employee-related decisions and providing regular feedback to avoid surprises when difficult decisions are communicated. It is particularly important to be able to track down what a C-Suite member knew at the time they took a particular decision. If a C-Suite member did not know about the concerns raised by an employee when they took the decision being challenged, the whistleblowing claim should fail.

Whistleblowing law is complex and there is frequent debate about the scope of the protection afforded to employees. Few would dispute that a whistleblower who raises concerns in good faith about matters of genuine public interest should be protected under UK law, but a clearer statement of what amounts to being in the “public interest” would go a long way to reducing abuse of the existing legislation, and would reduce the risk and impact of C-Suite members being added as co-defendants to legal proceedings.