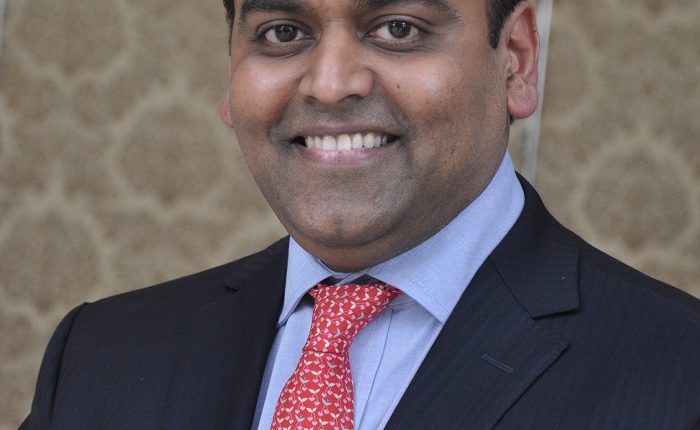 Born and raised in India, he left at the age of 18 in 1990 to study in New York and graduated four years later with a MBA in International Finance from St. John’s University.

Sun Global Investments is headquartered in London, with offices in Mumbai and Dubai, and a strong foothold in the international and emerging markets with assets under advice over $500mn.

The firm provides a full scope of services to Institutional Investors, Family Offices, Corporate Clients and High-Net-Worth Individuals across wealth and investment advisory, securities trading, corporate finance and real estate advisory. The firm is the creator of the world’s first India fixed income ETF on the LSE, which has recently reached its first $10m benchmark.

Could you please tell us a bit about your career path prior to founding Sun Global Investments?

I decided to set up my first business while I was living in the US – trading commodities and making investments. Whilst most of my colleagues seemed somewhat oblivious to the developments in emerging markets like Africa and Central America, I found that this was an area that I was immediately interested in. It was an interest that I would explore fully with Sun Global Investments in years to come.

At the time, however, I made the decision to move to Romania and take over the family business. By 2000, I had grown restless and so decided to move to the UK and London – a city I saw as the world’s financial hub. Soon after setting up a financial services firm, I had to navigate my fledgling business through the Dot.Com bubble burst. After some turbulence, we were soon making waves and outpacing competitors. My old interest in emerging markets soon returned and this, coupled with my realisation of the potential of wealth and fund management, lead me to part ways with the company in 2008 to spread my entrepreneurial wings and launch Sun Global Investments.

How did you manage to grow the company despite the financial crisis and recession?

Being a small player, we have been one of the most innovative and idea centric houses in this business. We were able to find a niche for ourselves by doing things differently, by having a different voice, almost being a little different from the consensus in our approach to risk, regulation and life in general.

From the early days, we were solely focused on emerging markets. Having the emerging markets versatility helped us to develop better results, as they were doing better, and helped us introduce new ideas. We have also focused strongly on the quality and intensity of service that we provide to our clients, which has allowed us to differentiate ourselves in difficult times.

We focused on being mean and lean, which could not have been possible without a strong team behind our efforts.

What has been the most complex challenge that you have been faced with during your career? How did you overcome it and what did it teach you?

The burgeoning financial crisis of 2008 was intimately linked with the development of my business. The year that I launched Sun Global Investments was the year of the most devastating financial crisis of recent history – not the most opportune timing. I already had a little experience in this field, having navigated my previous company through a previous crash, and so I knew that to survive this one, I would have to keep a calm head. Everyone lost so much faith in developed markets so quickly that I knew that the growth of emerging markets would be the key to unlocking a bright economic future.

With this in mind, we stuck to our guns and chased down every potentially lucrative investment opportunity we could find in any of our key emerging markets and created some good cut-through in an otherwise struggling industry.

What’s your golden nugget of advice for young entrepreneurs?

You have to think big and believe in your idea. When the world was going zig during the financial crisis we were moving zag. We were able to find a niche for ourselves by not only doing things differently but thinking differently as well. We became known in the industry as an ‘ideas factory’ by having a different voice, and almost being anti-consensus in our approach to risk. You need to remain confident that there is growth ahead.

Sun Global Investment is turning 10 years old. What would you cite as your career highlight to date? And what burning ambitions do you still have for the future?

This adventure has been a deeply fulfilling growth story and I am looking forward to many more. I would consider creating a niche market that didn’t exist before as my main highlight. This allowed me to become a major player in convertible bonds, transforming my ideas into growth opportunities such as developing an Exchange Traded Fund (ETF) which allows investors to be exposed to bonds issued in rupees by Indian government owned companies. This ETF which was and remains a global first has just completed its first year of trading and has given a return of 8% in USD and Euro tranches as well as a 30% return on the GBP tranche thanks to Brexit.

How did you cope with the crisis of 2008 as a fund selector/asset manager? (and what lessons did you learn that make you feel that another crisis is/isn’t on the way?)

The ten years since the financial crisis of 2007-08 have surprisingly passed quickly and on a better note than anyone could have expected at that point of time. As a matter of fact, I remember exactly where I stood trying to trade myself out of the turbulence, and began wagering to set up a wealth management firm at a time when all the markets and investor confidence was southward.

In a bid to calm the investor fear, which was at an all-time high at that period, and to restore the market confidence, I decided to set up Sun Global Investments in October of 2008. We began aggressively focusing on emerging markets, where the underlying economic growth was resilient and where investment opportunities offered a good prospect of promising results. Sun Global Investments have now completed 10 years, and we continue to provide our clients with the resilient and robust growth from the emerging markets.

One of the key lessons I learnt from the crash was not to be complacent. As an industry, it is vital that we continue to be calculated and cognitive in our approach, and ensure to be rigorous in operational standards. There has certainly been an increase in regulations, motivated to avoid a future banking crisis in which taxpayers would be called on to bail-out failed banking institutions.

The major problem that we faced going into 2007-08 can be summarized under four headings – excessive borrowing, flawed compensation structures, weak regulation, and moral hazard. The regulators have sought to address all these areas. Time will tell whether these measures are enough to avoid another crisis and another taxpayer funded bailout.

What excites you about the near future?

People have sold off emerging markets in the last three years, with the most recent reason for this negative sentiment being the push for an initial stronger dollar due to the Trump victory. This victory hasn’t really been negative for emerging markets currencies and assets. The reason for this is that after its initial strength, the US dollar has given up most of its gains. In 2017, the dollar basket (DXY) has fallen 12% and this has been very supportive for local currency denominated assets which have thus been particularly profitable for foreign investors.

Investing in Crypto: What Will Change in 2023

How To Make Money Without Investing.