5 Ways to Get You Closer to Non-Executive Director 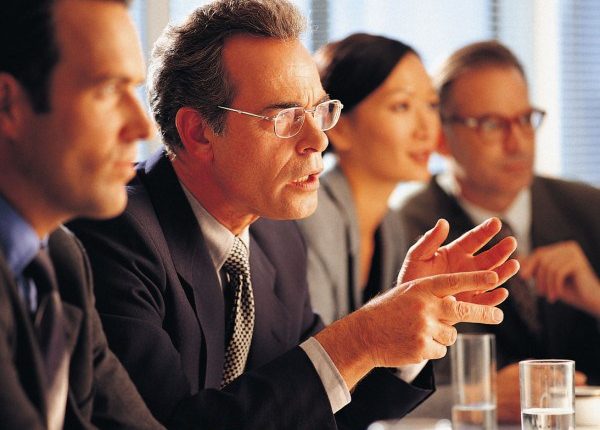 So you fulfilled your role in the firm as director, manager or president and now you want to sit back and take up the non-executive mantle, but how do you make that happen? Here Ian Dormer CBE, IoD Chartered Director, and Managing Director at Rosh Engineering Ltd, talks CEO Today through the necessities and challenges that should improve your chances.

Many a director comes to the end of their corporate and executive career and announces “I will retire and just get a couple of Non-Executive Director roles to occupy my time, and pay for my holidays…”

If you have had a glittering career in a FTSE 100 business, the proclamation will probably stand up to scrutiny. Unfortunately, for many thousands the path is considerably harder and like most things in life, requires a considerable amount of preparation, hard work and sacrifice along the way.

Get to know the role

It is a misconception that a Non-Executive Director (NED) turns up to a meeting once a month, makes a few of the right noises and pockets their fee. Dead easy? The reality is more complex. The best thing I ever did was attend courses on the roles of responsibilities of directors. It eventually led me to become a Chartered Director as I was so terrified of the risks inherent in the role. As a non-executive you have all the legal responsibility and yet none of the executive involvement and insight. Intelligent boards understand this and will not recruit anyone who does not appreciate the intricacies and depths of the role.

To fulfil your role as a NED means you have to be able to be both a supporter and a challenger. One of the greatest attributes I admire in a NED is the one who is prepared to ask the stupid question. If only a few more of the great and good around the boardroom tables of the leading financial institutions in the mid-2000s had asked “what is a sub-prime mortgage?”

Many an inexperienced NED is criticised or frowned upon because they come out of their executive career and want to run the business. They struggle to have that balance between trust and challenge. To gain that experience and good practice I would recommend starting on the path early in an executive career with pro-bono roles.

Schools, colleges, charities and voluntary organisations are crying out for good corporate practice and experience but have no budget to pay for it. But you will learn and develop from taking a different perspective and from dealing with others more experienced. Such roles also demonstrate your versatility by entering an environment that is not in your primary executive experience, and many of these organisations have budgets in the tens, if not hundreds of millions, manage hundreds of staff and have very challenging and difficult spheres of operation, which bolster your adaptability.

Once you have started to fill up your CV with pro-bono NED roles the next step takes a bit more finesse. I once heard a successful former executive from a multinational bemoaning the fact that the phone had not rung once offering her a NED role. And it won’t – you have to put yourself out there. Network at business events and get to know the right recruiters, as sending your CV off to head hunters speculatively will invariably mean more shredding for the office junior to do. If you see a role that you think is suitable for you, call up the named recruiter and have a chat about it. They will at least give you a steer, and possibly even be more alert to your CV when it lands on their desk.

If you want a NED role because you think it is easy money – think again.  It is hard work if you do it well, with hours of reading and preparation for meetings. If you want the role for the money, and need the money, then you’re doing it for the wrong reasons. You must be independent as a NED. If the financial rewards are that significant to you, you will not be independent. Get a full time role if money is needed, a NED’s pay is a thanks for adding value.

Finally, get used to rejection. Don’t be downhearted by the letters saying “thanks but no thanks,” and be prepared for the times you get the interview but not the offer. Your executive career did not come easily, so neither will the non-executive career. Twice I have been down to the last two in a very major Chairmanship role, and twice I’ve failed. The emotional energy the process consumes can be draining, but you wouldn’t go for these roles for any other reason than you believe you can add value and make a difference. Keep going!

Top 5 tips to succeeding as a NED