Time to Get Out of the Office? 69% Of UK Out of Touch With Nature 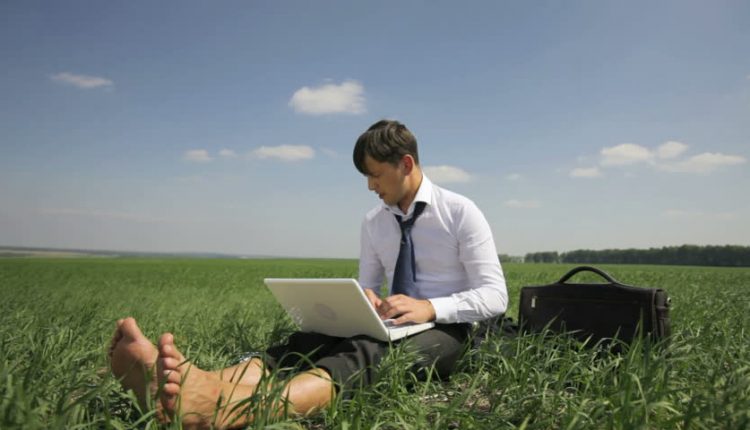 New research has shown a staggering seven in ten (69%) Brits feel they are losing touch with nature.

The study was commissioned by Jordans on behalf of the Jordans Farm Partnership, which brings together The Wildlife Trusts, LEAF (Linking Environment and Farming), The Prince’s Countryside Fund and 40 progressive British farms that grow cereals for Jordans. The partnership is designed to promote sustainable farming with a commitment to give over 10% of land on Jordans farms to British wildlife.

While a staggering proportion of us feel we’re losing touch with nature, a further 13% admitted that they have not been to the countryside for more than TWO years. Even more concerning for future generations is the admission by a third (33%) of parents who don’t feel they know enough about British wildlife to pass onto their children.

When quizzed on wildlife, 33% of those questioned could not identify a barn owl while 66% couldn’t recognise a turtle dove. Both these farmland birds are in decline with turtle doves being one of the UK’s fastest declining species after populations have fallen by 96% since 1970. **

The Jordans Farm Partnership has been created to help stem this decline and support endangered species like these birds by restoring and recreating habitats. Rough grassland provides areas where barn owls can hunt for prey and allowing some hedges to thicken and become taller can encourage turtle doves to nest.

The study also showed that even the most familiar species of British wildlife are not recognisable to some Brits, with 17% of respondents saying they have never seen a toad and 13% have never laid eyes on a hedgehog.

When it comes to trees, one in three Brits would not be able to easily identify an English Oak and 75% couldn’t identify a Hawthorn tree – and yet – trees like the oak and hawthorn provide essential habitats for birds, insects and bats.

On Jordans Farm Partnership farms, hawthorn trees are able to grow in hedgerows to provide not only shelter for wildlife but also blossom, which is a valuable source of nectar for bees and other pollinators during the spring. Oak trees on the farms are home to thousands of insects that provide food for numerous species of bird and bat.

Research from the 2016 State of Nature Report showed that more than half of British farmland species are in long-term decline***. This has a major impact on how nature fares within the UK as around 75% of land is used for farming. The risk of this decline continuing is real unless action is taken to ensure wildlife is protected and people have the opportunity to experience it, whether in Britain’s countryside or in gardens, towns and cities.

Within the Jordans Farm Partnership, each of the 40 farmers in the scheme develops a bespoke farm plan with a Wildlife Trust farm advisor. This includes a list of wildlife present on the farm and species that should be encouraged because they are rare or important for conservation in their county. To date, 15 farm plans have been set up and 23 conservation focus species have been identified. Jordans Cereals farmers are currently providing habitats and wildlife protection across:

These figures are expected to double once all the farm plans are in place.

Vicky Cojeen, Head of Brand at Jordans Cereals, said: “The Jordans Farm Partnership extends our long-standing commitment to ensure wildlife can thrive. Together with The Wildlife Trusts, we are passionate about reigniting the nation’s connection with British wildlife. We will continue to work hard to protect wildlife and support British farming with our partners to ensure we make delicious breakfasts that help make a better future for everyone.”

Janel Fone, Director of Marketing and Development at The Wildlife Trusts, said: “We believe that everyone should have the opportunity to experience the joy of wildlife and wild places in their daily lives and this research by Jordans provides an interesting insight into how connected people feel towards the natural world. We are proud to be working with a company like Jordans Cereals who through their British farming supply chain are making a positive difference to the natural world and helping The Wildlife Trusts achieve its vision of restoring nature.

Most Recent
By CEO Today On Jul 25, 2017
CountrysideEnvironmentNatureOfficeWorkplace
Share FacebookTwitterGoogle+EmailPinterestLinkedinTumblr