Lucy Shea from Futerra: ‘To Change the World, First Imagine a Better One’ 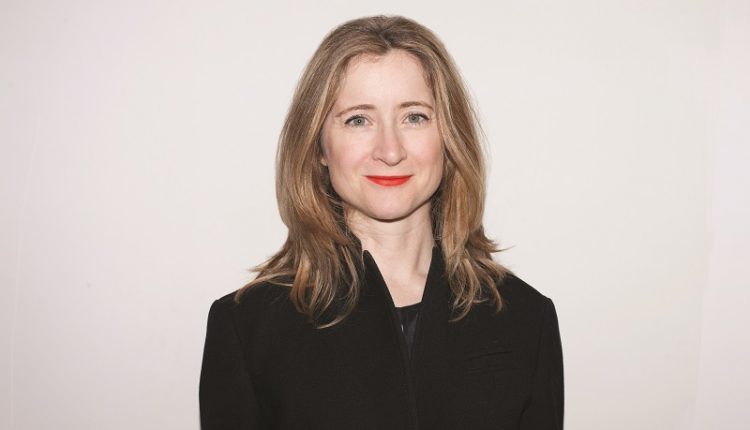 Lucy Shea is the CEO of Futerra – the change agency. She joined the company in 2003 and has since grown the business from a start-up of five to a global agency with teams in London, New York and Stockholm. Shea has long experience in persuading people to take up sustainable lifestyles. She was a founder member of the UN’s Sustainable Lifestyles Taskforce in 2005, when she authored Communicating Sustainability, today one of the UN’s most read reports.

Her particular niche is where the business of fashion and sustainability intersect. She helped Kering successfully launch their ground-breaking EP&L (Environmental Profit and Loss) in 2015, for which Kering was dubbed “Luxury’s Activist” by the New York Times. She works closely with C&A Foundation on articulating their big idea of transforming the fashion industry, and making it happen.

A firm believer in the power of business to create change, she regularly provides trusted advice to Fortune 500 companies including H&M, Coca-Cola and L’OREAL, on how to build billion-dollar businesses by imagining a better world – then helps them make it happen. Here Lucy Shea speaks with Katina Hristova about blending logical sustainability and magical creativity at Futerra.

Tell us a bit about Futerra and its beginnings. How did it develop into the company that it is today?

Futerra is both a logical sustainability consultancy and a magical creative agency that helps big brands and major foundations create change. Founded by the indomitable Soli Townsend and Ed Gillespie back in 2000, I joined as Director of Business three years later. These were interesting times, corporate sustainability departments at large companies were the exception rather than the rule and getting the ear of big business to talk about the sustainability imperative was a challenge in itself. But we overcame any and all challenges and with the business expanding rapidly, in 2009 Soli and Ed decided it was time for me to take over from Soli as Futerra’s CEO and I was delighted to be offered the role. It’s a role that evolves almost daily as the sustainability movement becomes increasingly mainstream, and as an agency we move, in a sense, from the back foot to the front foot. When Futerra was founded we were advising clients about how to communicate with consumers who claimed they were interested in buying more sustainable products and services – yet sales of so-called green products remained a very niche market. This indicated a ‘value-action gap’ and we, at Futerra knew we could make a difference if we could blend logical argument with magical creative ideas to genuinely persuade consumers why sustainable living was for them. What’s exciting is that today, we see evidence that the intersection of sustainability and big business has reached a tipping point: a number of companies have cracked the code and succeeded in converting consumer aspirations for a better world into hard sales. Think Tesla, America’s most valuable car company today, or Unilever whose ‘Sustainable Living’ brands delivered more than 60% of the company’s growth in 2016. This is the world we live in today at Futerra, where growing numbers of everyday consumers are choosing to buy sustainable products and experimenting with sustainable behaviours. Our job now, as an agency, is to help more and more big brands to believe that they can indeed change the world—and to then help them develop the same thorough, subtle and magical approach to marketing sustainability as they would to marketing any of their products.

What attracted you and made you so passionate about sustainable development?

I grew up in a household that blended finance and activism. My dad was a bank manager and my mum was a teacher with a big social conscience. Mum’s work on Fairtrade, Amnesty, CAFOD awoke a similar mission in myself. I was campaigning on Baby Milk Action as a teenager. But I didn’t consider this could be a job so studied Economics and French and found myself working in financial software when I left University. It wasn’t enough. I knew I wanted to change the world, but I equally knew it had to be from a business perspective. I didn’t want to live in a world of hair shirts and sandals, I wanted to be ‘inside the tent’ changing things from the inside. I read about this concept of ‘Corporate Responsibility’ and got my first job in the field in a small consultancy called Article 13. I then met Soli and Ed and fell in love with their positive, but incredibly ambitious approach. I’m stuck. I’ve got the bug.

What is your mission – what do you hope to accomplish in the future and what goals are you working towards with Futerra?

As CEO, I’m the ultimate champion of Futerra’s mission to turn the sustainability imperative into an entrepreneurial opportunity for businesses and brands. To help people to imagine better. Our focus is always on the positive, so whether it’s a question of helping consumers and corporations be climate optimists, or radically reimagine clothes shopping, we know that to change hearts, minds and behaviours, a positive approach, with positive messaging, is the only one that will work. We liken what we do to famous sausage salesman Elmer Wheeler’s comment back in the 1940’s that the big secret to successful selling was never to advertise the lowly sausage itself. Avoid having to talk about the product’s questionable ingredient list – instead, it’s the sizzling sound and yummy smells which get the juices flowing and the people buying. This is the secret to sales. This is selling the sizzle, and it’s what we do at Futerra. Along with our client, Interface, we recently surveyed over 400 climate change experts, asking them if they believed humankind can yet take back its climate, and make a climate fit for life, for all. 95% of policy makers, businesses and academics surveyed said Yes. This astonished us, because we know that’s not what the general public believe. Thanks to the pessimism and fear that have dominated the climate change narrative for decades – where the overall message to the public has been “sacrifice today for moderate disaster tomorrow” it’s little surprise that so many consumers have yet to feel motivated enough to change behaviours. What is needed is social proof of climate optimism, because the belief that solving climate change is indeed possible, is a prerequisite to actually doing so. ‘Climate Optimism’ is an approach needed now more than ever before. We want to help people imagine better as individuals, because while collectively we can grow pessimistic — about big issues such as the ability of our leaders to bring about positive change, for example – it’s been proven that private optimism, about our personal future, remains incredibly resilient. This is the optimism bias that characterises human beings’ psychological makeup, and one that protects and inspires us: it keeps us moving forward. To progress, we have to be able to imagine alternative realities — better ones.

You’ve worked closely with large corporations such as Coca-Cola and L’Oreal – what do CEOs of major companies need to do to drive sustainability into their organisations?

Every sustainability strategy requires some key components that make it successful – such as a vision, a symbol, a clear set of targets and stories to tell. Equally, a sustainability campaign requires authenticity, crisp messaging, targeted communications and clear creative to cut through the clutter. Either without the other can fail. This approach is what we call Logic and Magic. We’ve seen this happen many times – Logic without the Magic stays niche. Magic without Logic becomes greenwash.

Why is all of this imperative?

The scale and ambition of the United Nations Sustainable Development Goals (SDGs), adopted in 2015, offer a remarkable opportunity for the private sector to demonstrate the central role it can play in creating human prosperity. But this is not about philanthropy: The Business and Sustainable Development Commission, a group of corporate, finance and civil society leaders, recently released a report showing that achieving the SDGs in just four sectors—food and agriculture, cities, energy and materials, and health and well-being—would create $12 trillion of new market opportunities and up to 380 million jobs per year by 2030. It should be clear to businesses that sustainability stopped being a luxury business investment a long time ago. As a core driver of business productivity and growth in the 21st Century that it is, we see our role at Futerra being to paint responsible business as the new normal – and to help our clients bring that message to life with their stakeholders in persuasive, engaging and magical ways.

What does your vision of a sustainable future look like?

Put simply, it is a future where sustainability is so desirable, it has become entirely normal. A future where we’ll look back and wonder why on earth (excuse the pun) it took us so long to recognise this fantastic opportunity for better business and better lives.

Running to Keep up With a Fast Growth Business