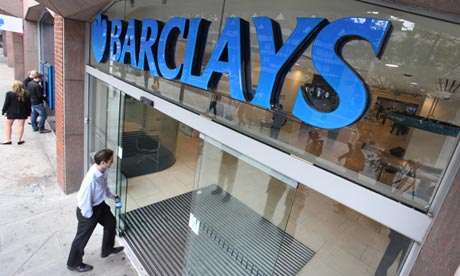 The SFO recently charged Barclays, its former CEO and three other former top executives with fraud pertaining to the funding of billions of pounds from Qatar during the 2008 financial crisis. The bank’s shares fell 0.5% on the news.

There have not been any other charges or investigations in regard to the financial crisis, but now former Barclays chief executive John Varley and three former colleagues – Roger Jenkins, Thomas Kalaris and Richard Boath, have all been charged by the Serious Fraud Office following a five-year investigation on the £11.8bn emergency fundraising Barclays ran in 2008.

The money raised from Qatar Holding, an investment bus for the Gulf state, meant Barclays could avoid taking bailout cash form the taxpayer.

This revelation was due to be announced months ago, and come amid pledges from the Conservative government to get rid of the SFO altogether.

According to the Guardian, Sarah Wallace, a partner and head of regulatory and criminal investigations at Irwin Mitchell law firm, said: “This is the most significant charging decision for the SFO in recent times, if not ever. In the past few years, Barclays faced an unprecedented number of investigations by worldwide regulators but this SFO criminal prosecution is the most serious.

“In taking on Barclays, one of the largest banks in the world, and its most senior officials who literally were at the very top, sends a very strong message that the SFO is now fearless in terms of the companies and individuals it pursues.”

The charges set amount to conspiracy to commit fraud by false representation surrounding a fundraising in June 2008, and the same for a fundraising that took place in October 2008.

They are also being charged with providing unlawful financial assistance through the loan.

Varley, Jenkins and the bank are set to appear at Westminster magistrates court at the beginning of July. Jenkins has confirmed via his lawyer that he will defend himself. He left Barclays in 2009.

Until the end of 2010, Varley was chief executive of Barclays. Kalaris, was responsible for the wealth management arm of Barclays. Boath is a former European head of the financial institutions group.

The FCA is also waiting in the wings to pronounce a decision from its own parallel probe into the 2008 capital raising. In 2013 the FCA said it would fine Barclays £50 million over the matter, but the investigation was deferred and reopened. The FCA has now stated: “We are pleased that this matter, which led to the stay of our own case, is now in the public domain. We welcome a fair and transparent hearing on the basis of the charges set out today by the SFO. We work closely with the SFO across a range of matters, in pursuit of our distinct objectives.”

Laith Khalaf, Senior Analyst at Hargreaves Lansdown told CEO Today: “The SFO hasn’t pulled any punches, and Barclays now finds itself facing yet another regulatory battle. The bank is already facing litigation from the US Department of Justice and an FCA investigation into its current boss, Jes Staley, for trying to uncover the identity of a whistleblower. Skeletons seem to be jumping out of lots of closets at once for Barclays.

“The spectacle of former executives being paraded through court will do nothing to strengthen the credentials of the bank, as it continues to try to execute its turnaround plan. While RBS and Fred Goodwin recently avoided the ignominy of a court appearance, it appears that Barclays and its former CEO John Varley will not.

“However, the muted reaction in the share price highlights the fact that the SFO action was largely priced in, and more widely reflects the “misconduct discount” which applies to the banking sector. Litigation, fines and compensation payments have sadly become part and parcel of the banking world, and while many of the alleged offences took place a long time ago, the costs and reputational damage are still very much a live issue.”

In addition, Raj Chada, criminal defence solicitor at Hodge Jones & Allen, said: “There has long been a clamour for individuals at banks to be held accountable for the casino banking that led to the crash and the tax payer bailouts. The irony here is that this prosecution has nothing to do with behaviour that caused the crash but related instead to the terms of a bail out. Even more strange is that Barclays have found themselves in this mess as they eschewed a UK Government bailout and went to Qatar instead.

“No doubt questions will be asked about whether a deferred prosecution agreement (DPA) could have been considered in this case rather than a prosecution starting. The SFO have previously made clear that full cooperation is a key and it is not known what the position with Barclays was.

“Any fine for Barclays could be in the hundreds of millions.”

Currently, the executives are set to appear beside the bank at Westminster magistrates Court, and the case will move on to a higher court once bail arrangements have been set.

Most Recent
By CEO Today On Jul 3, 2017
bankBankingBarclaysfraudfundingLoanQatarSFO
Share FacebookTwitterGoogle+EmailPinterestLinkedinTumblr