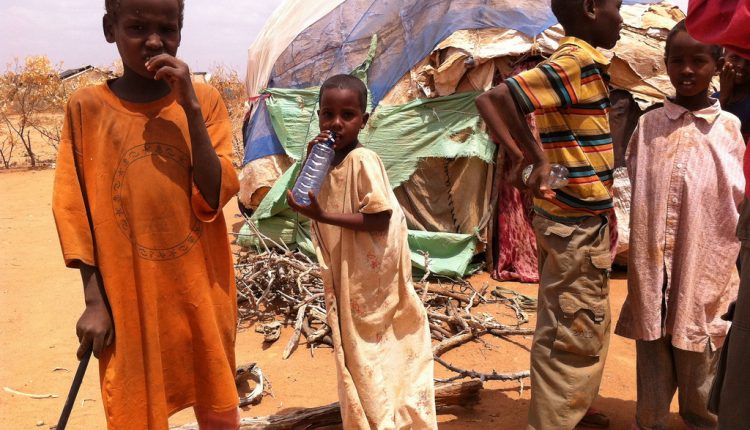 The Board of Directors of the African Development Bank Group (AfDB) has approved a US$ 1 million Emergency Humanitarian Assistance to people affected by drought and famine in Kenya.

On 10th February 2017, the Government of Kenya declared the drought a national disaster following extreme dry spells in pastoral zones since August 2016. These have resulted in high local cereal prices, increasing livestock mortality and conflict that have exacerbated the impact of the drought. Food prices are currently 10%-25% above their five-year averages and are expected to continue rising.

The government said the number of people in need of humanitarian assistance had doubled to 2.7 million in February 2017, up from 1.3 million in August 2016. “This is equivalent to 20% and 18% of population in pastoral and marginal areas, respectively. Some 357,285 children and pregnant and lactating mothers are acutely malnourished. Data collected by UNICEF from 10 affected counties indicates that close to 175,000 children are not attending early pre-primary and primary schools, primarily due to the drought’s impact,” the Government added.

Kenya’s National Drought Management Authority (NDMA), said that the drought has worsened in most Kenyan counties, now affecting nearly half the country.

For its part, the UN Office for the Coordination of Humanitarian Affairs (OCHA) called for assistance to the Horn of Africa Countries including Kenya, Ethiopia, Somalia and Uganda and requested support to Drought Response Activities in Kenya to meet the urgent needs of the affected population;

In this regard, the emergency relief grant approved by the Bank’s Board on 3 July will support the Government of Kenya and UN’s efforts in providing urgent food aid distributions and deliveries of water purification supplies.

The operation will be funded through a grant from the Bank’s Special Relief Fund (SRF, to purchase food items as well as associated costs of transportation and distribution of food rations to the beneficiaries and for administrative charges. All these food items will be purchased locally by World Food Program (WFP).

Targeted beneficiaries of the food distribution would include households affected by the drought mainly widows, orphans, female and elderly-headed households without visible means of survival.

Most Recent
By CEO Today On Jul 12, 2017
AfDBAfricabankBoard of DirectorsKenyaOCHA
Share FacebookTwitterGoogle+EmailPinterestLinkedinTumblr