Martyn Cuthbert and His Multi Award-Winning IT Solutions Company 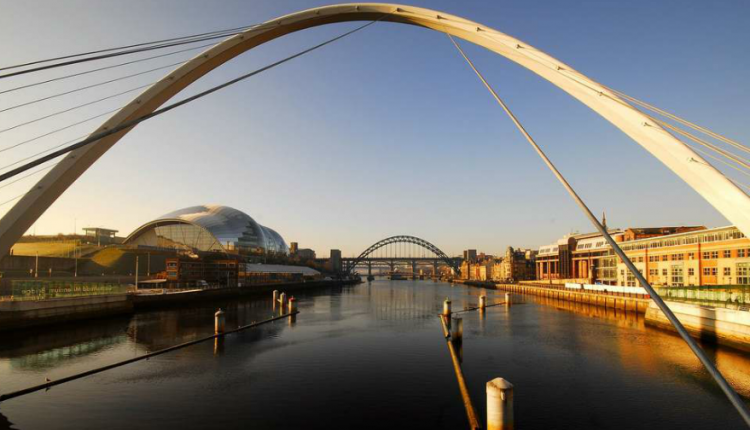 With a career spanning 25 years, Martyn Cuthbert, managing director of OnTrac Ltd. has been involved in a broad array of privately owned businesses as founder, co-founder and occasionally as an investor. Since founding OnTrac in 2008, he has used his experience to build a multi award-winning IT solutions company, boasting an extensive suite of software that is commonly utilised throughout a wide variety of industries.

As OnTrac has grown, Martyn has efficaciously managed to weather the early start-up years, to build OnTrac into a strong and successful business. Starting with a clear direction, OnTrac has amassed a team of loyal technology enthusiasts, who are as passionate about their work, as they are experts in their respective fields. Each level of the business is fuelled by those who are genuinely captivated by the process that drives the technology industry forward, and ultimately, the entire OnTrac team share a single vision that sees the intently focused on creating products that have never existed before.

It is genuinely difficult to remain uninspired by this intrepid passion for technology; something that is undoubtedly bolstered by Martyn’s extensive entrepreneurial expertise. Nothing is off limits or impossible at OnTrac. After all, one of the company’s main ideologies dictates that we can either live in a world created by others, or be the change we want to see. At OnTrac, putting a stamp on the world, by designing and building products that people can use, is key.  Martyn agrees, “There is no greater thrill in business than setting yourself a challenge to create something that has never existed; something that can positively affect the direction and fortunes of a company or industry – or even better, a person’s life.”

The final sentiment in this statement is key. When considering the technology industry as a whole, the effect that it has on people isn’t always at the forefront of considerations. However, when asked about what Martyn has enjoyed most about his role over the past few years – while technology certainly dominated – it was his response to the people that he has met along the way that stood out. While clients and suppliers certainly applied, it was the rhetoric surrounding OnTrac staff that encapsulates Martyn’s approach to business. The relationship between managing director and staff at OnTrac is overwhelmingly positive, and the commitment and drive of the entire team is palpable, and can be felt as soon as you step into OnTrac’s technologically focused world. There is a culture present that promotes and fosters ingenuity, undoubtedly propelled by Martyn’s passion for the industry, as well as his employee focus. It is this approach that has seen loyal and dedicated staff grow alongside OnTrac since the company first launched.

Another element that sets OnTrac apart from other IT solutions companies, is the fact that the inception of new technology relies heavily on a creative process. From the early stages of a project; simply putting together broad ideas, through to the final development and testing stages, creativity is key. Martyn explains, “Being involved in creating something that has never existed before – starting with a single piece of paper – is a remarkable process.” He continues, “There is no greater reward than seeing people responding positively to your passion and truly appreciating the systems you have built from scratch.”

Given this sheer enthusiasm for technology, it does bode the question: how does OnTrac remain so fundamentally passionate about an ever-changing industry. According to Martyn, it is exactly the speed in which technology so frequently changes that keeps both him and the OnTrac team so positively engaged. “The fact that we haven’t even worked out what most of this technology means to us, and that there is so much more to learn, is exciting,” Martyn explains. “We haven’t even touched the tip of the iceberg.” There’s no denying that the world of disruptive technology is highly engaging, and using Big Data, Martyn offers a prime example: “We are now only beginning to realise, after many years of collecting vast amounts of information, the difference data can truly make to our lives.” From managing organisations, through to using data to cure illnesses, Big Data has permeated and disrupted technology as it was once known, in a very short period of time. “The extremes and pace of disruptive technology is exciting.” Martyn concludes.

It’s certainly exciting to know that what OnTrac are doing, in their offices overlooking the picturesque scenes of Newcastle Quayside, goes beyond simply creating technology solutions that work and sell well. OnTrac are creating products that have the potential to make a real difference, changing the fundamental work processes of a wealth of different industries. By advocating the discovery, creation and development of disruptive technology, it is no surprise that OnTrac are making serious waves in the north-east and beyond; something that Martyn is incredibly proud of: “whatever we do, going forward, it’s about putting the north-east on the map.”

Within the last year alone, it can certainly be said that OnTrac have been doing a lot to draw attention to the north-east technology scene. At the most recent Northern Tech Awards, the company were dubbed the fastest growing tech company, and won the Growth Explosion awards at the Dynamo awards last year. OnTrac also ranked number 21 on The Sunday Times Hiscox Tech Track list, and the end of last year, saw OnTrac come together with shareholder Tracsis. These major achievements are something that Martyn aims to build upon, as OnTrac continues its expansion.

OnTrac have already started to sell their products beyond the UK, also. As this develops, Martyn is under no illusion that competition will be extensive, but by offering the high standards that OnTrac are renowned for, and continuing the creation of impactful, disruptive technology, there is confidence that this will be a proven, positive venture.

Being a successful entrepreneur, it’s no surprise that Martyn has met an extensive list of individuals, with world-changing ideas. His investment in Geek Talent, a company revolutionising the careers advice industry by using data science, shows his true dedication to disruptive technology. Martyn has immersed himself in a tech culture that sees him perpetually looking towards the future, and it is this keen interest that has led to the creation of an entirely new world-first: Nutshell Apps.

Working alongside hand-picked creative and technical professionals, now known as the Nutshell team, Martyn has been able to realise a gap in the market. In short, Nutshell goes beyond ground breaking technology and has the genuine potential to change how the world approaches and considers the growing need for enterprise mobility solutions. The future of business will only increase its reliance on technology, and the successful delivery of a unified digital workplace is becoming a more commonplace industry requirement. Nutshell fills that gap in a manner never before seen; it’s a truly innovative product, and the first mobile app development platform of its kind, that is genuinely breaking down the existing barriers to enterprise mobility.

Martyn reveals that Nutshell is an integral aspect of the modern workplace that removes the complexities of software development, by empowering staff to streamline their work processes. He is confident in its continued success, and both Martyn and the Nutshell team are beginning to take this groundbreaking platform globally, to show entire industries how seamless it is to adapt existing work processes to the Nutshell platform. “I’m excited to see how the rest of the world will embrace something that was created in the north-east of England.” He continues, “Nutshell started from a simple idea, with a small group of people, here, overlooking the River Tyne; it’s exciting to have seen this idea translate into a truly groundbreaking platform, and I’m excited to see how it will continue to be received in the future.”

Martyn’s passion for technology is evident in all of his ventures; particularly OnTrac and Nutshell. His eagerness to continue the development of these products, services and investments, as well as create new world-firsts is truly inspiring. The long and winding road of disruptive technology seems like less of a challenge for Martyn, and more of an attainable goal. With a team of creative, technologically proficient and enthusiastic experts behind him, Martyn has everything he needs to put the north-east at the forefront of the digital revolution.

Do You Need VPS Hosting for Your Business?